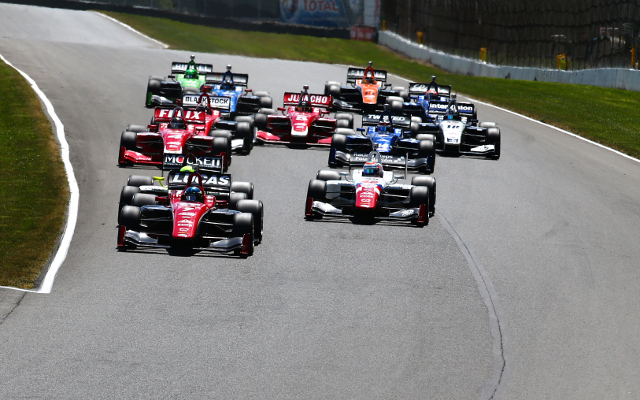 An incident-packed penultimate round of the Indy Lights season at Mid-Ohio has left Jack Harvey‘s championship advantage at just six points over Spencer Pigot heading to the deciding round.

The rivals collided on the opening lap of the first race, leaving Pigot eighth and Harvey 11th. Although he finished five laps down after spending time in the pits to repair damage, the Briton was able to set the fastest lap and earn pole for race two.

He was beaten off the line by Ed Jones, but had the greater pace and was able to challenge to regain the lead. His attempts were met by strong defence from Jones though, and a second move led to contact between the two, for which Jones was penalised.

A trip through the gravel and front wing damage led to Harvey finishing 10th, while Pigot had a largely trouble-free run to third place.

After only missing out on last year’s title on the number of second places, Harvey came into this season as the title favourite but it was Jones who was the surprise early pace-setter.

Moving over from European F3 with Carlin, the Dubai-born driver won the opening three races. Ex-British F3 champion Harvey had to settle for second in the two St Petersburg races, before being taken out at the start in Long Beach.

Pro Mazda champion Pigot was third in the two St Pete races, then second at Long Beach before dominating at Barber, winning twice to claim the points lead.

After two seconds at Barber, Harvey then won the first race on the Indianapolis GP course and ended that weekend six points behind Jones, who reclaimed the lead after a tough round for Pigot. Harvey then won again in the Freedom 100 on the oval to claim the initiative.

While Jones faded, two wins for Pigot in Toronto made him Harvey’s nearest rival, 11 points behind. Harvey outscored the American on the Milwaukee and Iowa ovals to stretch his advantage to 18.

The events of Mid-Ohio mean Harvey and Pigot will go to Laguna Seca next month separated by just six points, while Jones is within 18 of the leader too.

For Harvey, title success at the second attempt would take him a step closer to his IndyCar ambitions. Homegrown prospect Pigot could secure back-to-back Road to Indy crowns. Or Jones could spring another surprise, and deliver a title for his and Carlin’s first season in the US.

Jake Dennis, Felix Rosenqvist and Antonio Giovinazzi claim a win each. Giovinazzi’s victory is only worth half points in a wet race run behind the safety car, but he extends his championship lead after a sweep of the podium places. Rosenqvist is second to Dennis and Giovinazzi, moving him up to P2 in the standings.?Charles Leclerc is absent from the rostrum again, while?Lance Stroll gets his first outright podium. 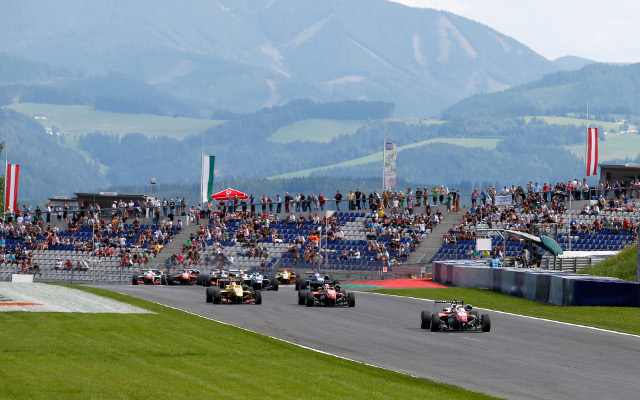 Championship leader Louis Deletraz keeps up his record of winning at every round, taking the second race after a quiet fifth in race one. Race one goes to rookie Dries Vanthoor, but it’s otherwise regulars at the front: Ukyo Sasahara makes the podium in both races, while Kevin Jorg and Callan O’Keeffe are ever-present in the top four.

Will Palmer pulls away in the standings with victories in the two main races, as well as a fourth-place finish in the reverse grid race, won by?Jordan Albert. Ciaran Haggerty and Tom Jackson both score a pair of podiums, and Harrison Newey and Omar Ismail take one each too. Palmer’s nearest rival Rodrigo Fonseca is only 10th, fifth and sixth in the three races. 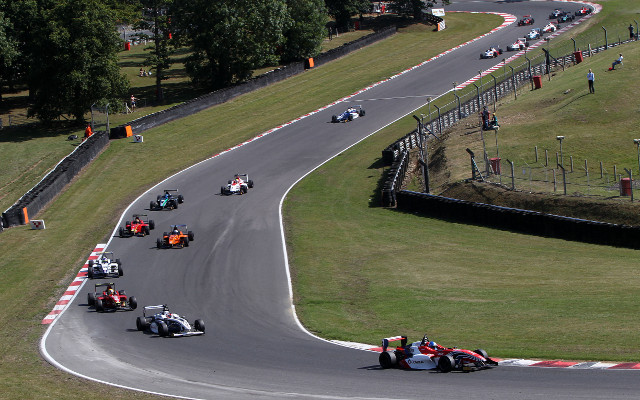 Points leader Jack Harvey has a bruising weekend, clashing with rival Spencer Pigot on the first lap of race one and with Ed Jones as they fight for the race two lead. RC Enerson takes a dominant first win in race one, while the returning Sean Rayhall picks up the pieces in race two. Max Chilton is twice second and Pigot third in race two to slash Harvey’s lead.

Santiago Urrutia takes a step closer to the title with victory and a third place. Neil Alberico is second in race one and wins race two, returning to second in the standings. Weiron Tan falls to fourth with a quiet weekend, behind two-time podium finisher Timothe Buret. Garett Grist is unable to make much of two pole positions. 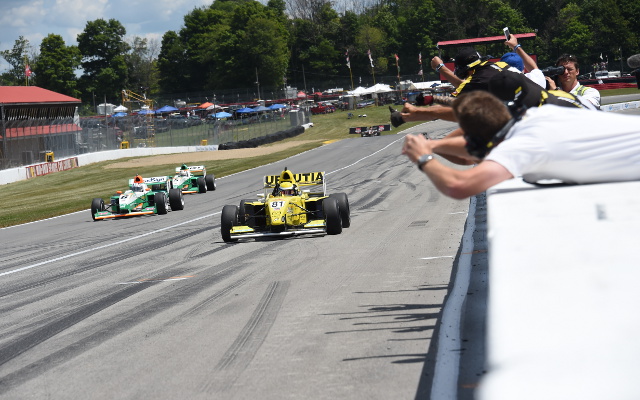 Nico Jamin gets one hand on the championship by winning all three races at Mid-Ohio. After fourth in race one, his rival Jake Eidson is second and then third in the other races. Aaron Telitz is on the podium on all three occasions, while Anthony Martin takes Eidson’s place there in race one.

Jordan Lloyd repeats his double victory from the opening round. His two wins came from Thomas Randle pole positions, but Randle was also able to grab his maiden victory from fifth on the reverse grid, passing a fast-starting Lloyd who had to settle for second. Harry Hayek took two thirds and a fourth, with Luis Leeds beating him to the final podium spot in race two.

Defending champion Pedro Piquet gets his fourth and fifth consecutive wins. Argentinian Nicolas Dapero is second in race one, with Piquet’s closest rival Matheus Iorio there in race two, while Arthur Fortunato is twice third. 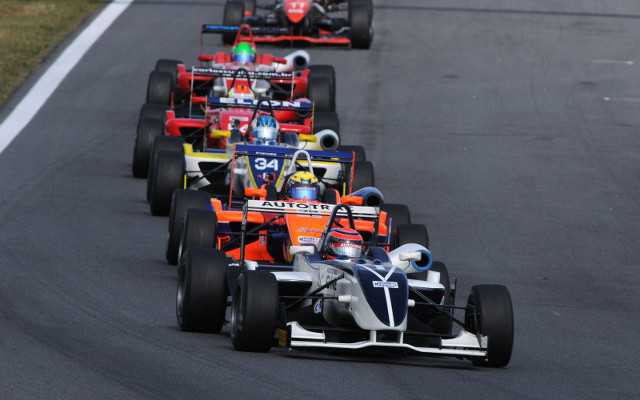