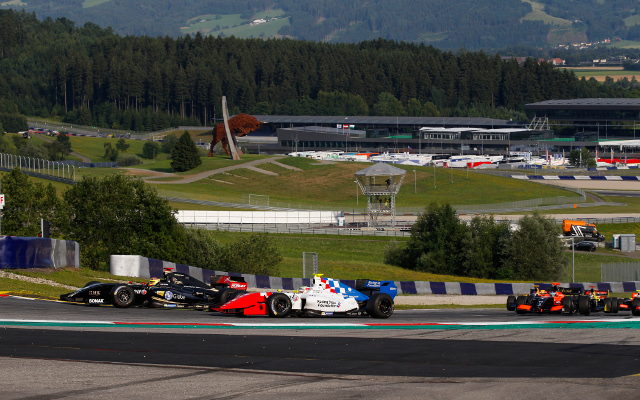 Another Formula Renault 3.5 weekend, another win each for title protagonists Oliver Rowland and Matthieu Vaxiviere.

The Anglo-French duo have now shared the wins at three of the four two-race meetings so far this season.

At Spielberg, Rowland extended his advantage at the top of the standings from 16 to 26 points courtesy of finishing second to Vaxiviere in race two. Vaxiviere had only managed sixth in race one.

Rowland is doing exactly what he needed to be doing this year, returning for a second season in the category after finishing fourth as a rookie last season.

But that does not mean the Briton’s campaign so far is not impressive. Far from it.

Last year the Racing Steps Foundation-supported driver demonstrated his pace, but ‘only’ won on two occasions. And that was despite breaking his duck at just the second event.

Now, he’s already won four times in 2015 – once at each of the double-header meetings. He couldn’t win the Monaco stand-alone, but may well have done had the qualifying groupings fell favourably towards him rather than his Fortec team-mate Jazeman Jaafar.

He still might have done had the Malaysian not done such a good job of defending the lead from one of Rowland’s customary fast getaways, or had Vaxiviere not got a bit too ambitious into the first corner and tagged him, causing a puncture.

After Vaxiviere was eliminated in the ensuing pile-up, Rowland put in a breathtaking drive through the field to salvage sixth.

In addition to his race-winning exploits in FR3.5, it was another against-the-odds performance just a week before the trip to Austria that further enhanced Rowland’s reputation.

Landing a GP2 drive for his home round at Silverstone just days before the event with no previous experience in the car, he was immediately on the pace. He sat third after the first runs in qualifying, and only a track-limits offence denied him the reverse grid pole position for Sunday’s race. 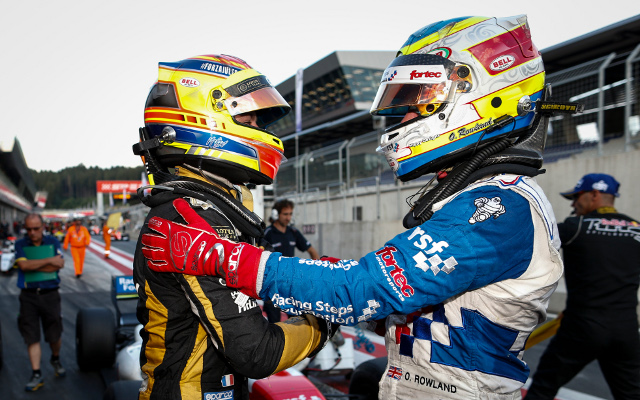 He still impressed from 10th on the grid, the FR3.5 championship leader dumping his GP2 counterpart Stoffel Vandoorne out of the points for the first time this season before taking seventh away from feature race winner (and 2014 team-mate) Sergey Sirotkin.

In FR3.5, Rowland is getting the job done, pairing his undoubted speed and ability with the consistency and maturity needed to win titles at this level.

Even though Vaxiviere is also in his second year in the category, the context of his campaign is quite different.

If his rapid off-season speed is discounted for the time being, he’s very much outperforming expectation; he was only eighth in last year’s standings, with 83 points to Rowland’s 181 and two podiums not seven.

His season was disrupted by injury, but even still, comparing their form in the closing rounds, it was clear that Vaxiviere would need to make a step up to start winning races and challenging Rowland for the title.

But make a step up is exactly what he’s done.

He proved at Aragon that his testing pace was no illusion, and pulled off an audacious penultimate-corner overtake to win the second race there.

Since then, he’s shown he can be quick away from the test tracks too, and matched Rowland almost blow-for-blow.

Some notable exceptions to that form explains the deficit on the points table, but 26 points is by no means an insurmountable gap, certainly not with four rounds remaining.

The newly-affiliated Lotus F1 Team junior will need his rival’s consistency to be broken, but the current difference would be all but eliminated in the space of one race if Rowland fails to finish and Vaxiviere is on the top step.

After those difficult years in FR2.0, the 2011 French F4 champion is on the sort of form that could see him add a second title to his resume.

Rowland is doing a fine job, but he’s being kept on his toes. 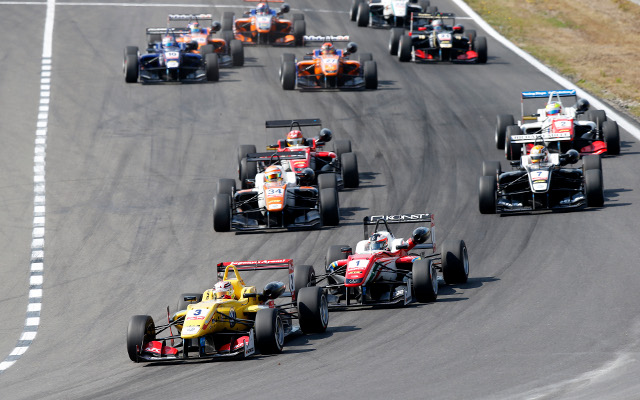 Will Palmer extends his points lead by winning final race, after taking second in race one and 18th after pitting in a drying race two. Rival?Rodrigo Fonseca is sixth, second and seventh. The first two races are won by CDR pairing?Osmar Ismail (in his second race weekend) and?Tom Jackson?while there’s a double podium for?Harri Newey.

For the third time from four rounds, Ralf Aron wins the two main races but fails to score in the reverse-grid encounter, this time won by Marcos Siebert. Prema team-mate and nearest rival?Guan Yu Zhou makes do with a fifth and two sixths. David Beckmann is twice on the podium, behind Joao Vieira in race one and ahead of Siebert in race three.

The inaugural Australian F4 race is won by William Brown before qualifying pace-setting team-mate Jordan Lloyd wins the other two races, bouncing back from an error that cost him the race one win. FMCS regular Nick Rowe is twice second to take second in the standings behind Lloyd. 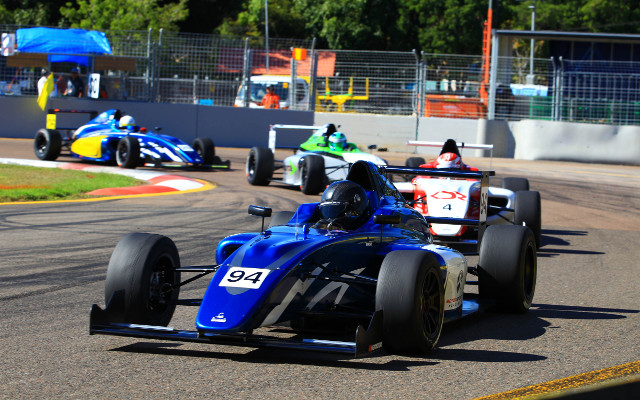