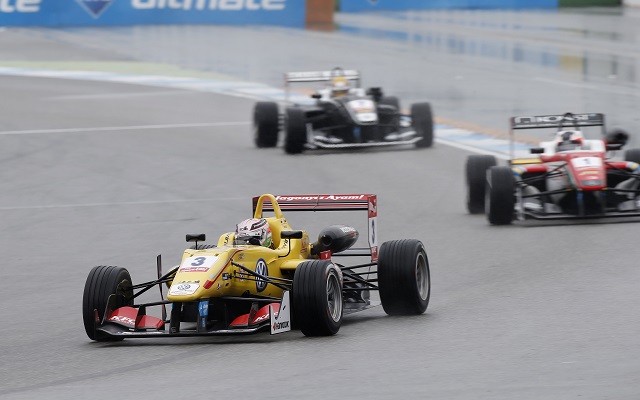 For the second consecutive European F3 round, the three races at Hockenheim were won by three different drivers, and with having dominated the podium across the weekend, the trio have cemented themselves as early title contenders split by just 12 points.

As at Silverstone, Felix Rosenqvist was quickest in qualifying for all three races, but in race one it was Antonio Giovinazzi that scored his first win of the year with a first-lap pass in the wet. In races two and three the Italian recovered from the third row of the grid to finish third and keep up a 100 per cent podium record this season and retain the points lead.

Rosenqvist – racing at Hockenheim for the 10th time in his F3 career – was able to convert pole into a commanding victory in a dry race two, but was made to settle for second in the wet again in race three by Charles Leclerc.

The Monegasque rookie improved throughout his maiden race weekend at the German circuit, from third to race one, to second in race two and then his second victory of the campaign. He’s now just five points behind Giovinazzi heading the more familiar surrounds of Pau.

Rosenqvist was still the weekend’s top scorer and is only seven points further back. His 92 points are exactly twice as many as the next highest-scoring driver Jake Dennis, who was fourth in race one but further back later on. Silverstone debut winner George Russell scored just two points all weekend after a nightmare pair of qualifying sessions.

Maximilian Gunther took his turn to shine on home ground, qualifying third for all three races. He would fail to finish on the podium (denied by a last lap spin in race three) but still took a fourth and two fifths. Peter Allen

Auto GP:?Regalia and Pizzonia share wins as new season kicks off at the Hungaroring 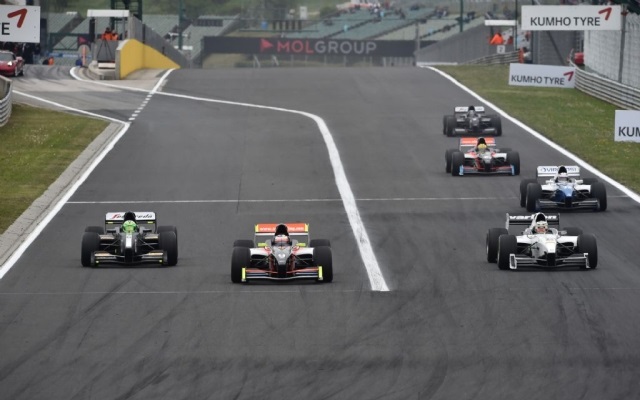 Starting from pole, Zele’s Pizzonia dominated most of the wet race one, leading the field until the final lap, when a mistake cost him the victory as he gifted it to Regalia. Pizzonia had to do with second and the podium was completed by Swiss driver Christof von Grunigen.

The Brazilian fought back in race two, impressively taking the lead in lap one, despite starting seventh. As nobody was able to stay close to him this time around, Pizzonia claimed a dominant victory. 16-year-old Leonardo Pulcini had to defend from Cecotto throughout the race but the Italian?s position became safe when Cecotto lost significant amount of time due to a spin. However, the former GP2 driver did not lose his place and he completed the podium.

Taking first and second, Pizzonia is the initial leader of the championship with Regalia and Pulcini being their closest pursuers. 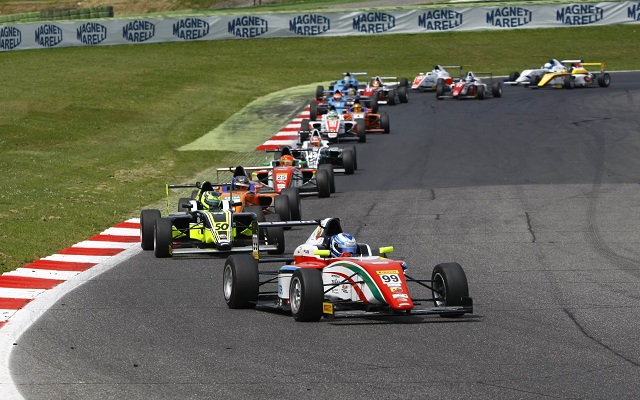 Formula Renault 1.6 graduate Ralf Aron made a fine start to the Italian F4 campaign, taking two wins and leading the championship after the first round at Vallelunga. This was the Estonian’s second race weekend of the year – he’s currently second in the standings in ADAC F4.

If his first win was a sublime lights to flag victory, the win in race three showcased his racecraft and awareness. Having started fourth, he shot up to second on the first lap, then passed Prema teammate Guanyu Zhou for the lead, and spent the rest of the race defending his position brilliantly.

Ferrari junior Zhou may have failed to match his teammate, but it was still a strong start for him, taking fourth in race one and eighth in race two before finishing second from pole in the final race.

Aron wasn’t the only ADAC F4 runner in the field. German powerhouse Mucke fielded a trio of drivers, with German David Beckmann being the most successful at Vallelunga, taking a commanding win from second in the reverse-grid race, while teammate Robert Shwartzman finished third in race one and fifth in race two.

Joao Vieira was the pick of the series sophomores, holding off Shwartzman to take second and fourth in the first two races, but was guilty of colliding with Beckmann in race three and was subsequently penalised. Fellow series returnees Bar Baruch, Lucas Mauron and Matteo Desideri too shone with a podium apiece.

A point-less finish?in race two notwithstanding, Aron has a sizeable points lead over teammate Zhou after round one, while four points cover the next four drivers in the standings.?Aditya Banerjee

Just like in the season opener, the French F4 field had to face difficult weather conditions at Le Mans as well with the qualifying and all three races being run on wet asphalt.

Another two karting graduates impressed in the second, reverse-grid race. Julien Darras took full advantage of his pole position to celebrate maiden single-seater victory ahead of Nikita Troitskiy, who fought his way up from fifth. Finn Simo Laaksonen and Fenestraz took third and fourth to convert a top-five result from race one into another.

The man of race three was Fenestraz, who confidently led the way during two safety car periods, only to drop down to eighth due to technical problems with his car. As such, Moineault inherited first which was his second victory out of the previous seven French F4 races. Troitskiy and Darras took podium finishes once again in second and third.

Being the only two drivers to finish all races of the season in the top eight so far, Moineault leaves Le Mans with first place in the standings, eight points ahead of Fenestraz. Two-times race winner at Ledenon, Giuliano Alesi had a quiet weekend as his best finish was only fifth. Gruz David 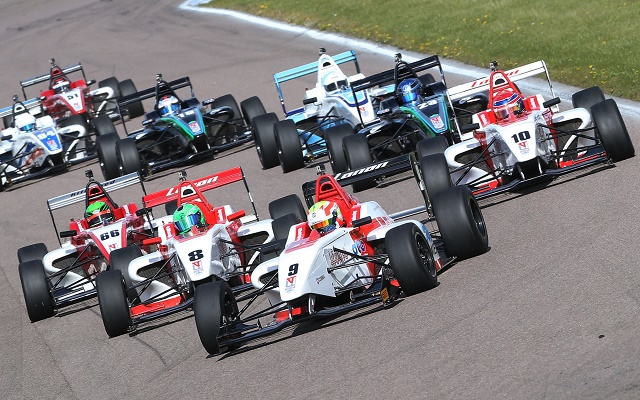 When HHC drivers Harri Newey and Will Palmer locked out the front row in qualifying, there was very little reason to suspect that Lanan Racing would have a monopoly on the top three in points after Rockingham.

Yet race one set the tone for a very unconventional BRDC F4 round as Newey broke down before the start and Palmer collided with SWR’s Jordan Albert in the rain on lap one.

The ensuing pileup paved way for an easy maiden win for Lanan’s Rodrigo Fonseca and podium finishes for Ameya Vaidyanathan and Jack Lang, both of whom had started well outside the top ten.

It also allowed Michael O’Brien to take reverse-grid pole for race two, which the MGR driver made the most of, brilliantly controlling the race ahead of sophomores Tom Jackson and Albert.

But the real standout performance came from championship leader Chris Mealin in race three. The Manxman started behind his two Lanan teammates, but picked off Jack Bartholomew early on and then stole the win from Fonseca on the final lap. 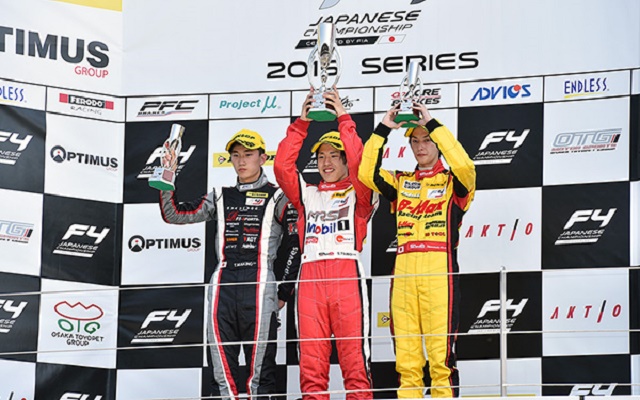 The FIA F4 Japanese Championship might be only two rounds old, but it seems it already has its clear-cut favorites.

Tadasuke Makino, who won both races of the opener, swept both qualifying sessions and was set to continue his streak.

But he was denied by his main rival Sho Tsuboi, who fought his way up from fifth to pass the championship leader for the win.

The duo then started the second race from the front row, but Tsuboi was spun around and Makino went on to claim his third win, holding off Yuichi Mikasa.

Having recovered to ninth, Tsuboi now trails Makino by 23 points – yet he still has more than twice the tally of anyone else in the field.

After drawing a blank at Okayama, Shinnosuke Yamada was third in both Fuji races and currently leads the fight for best of the rest. Valentin Khorounzhiy

Formula Renault Argentina: Moggia and Marino with a win each 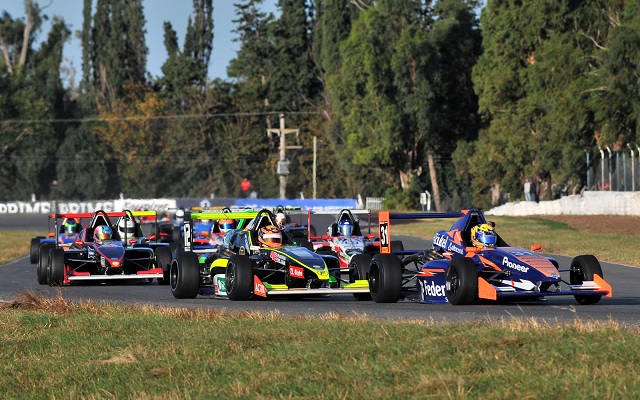 Emiliano Marino leads the Formula Renault Argentina standings after his first win of the year at round two at Rio Cuarto. After finishing second to Martin Moggia in race one, Marino turned the tables in race two and retains an eight-point lead.

Marcelo Ciarrocchi, who won at the Junin season opener, joined Moggia and Marino on the podium in race one, while Gaston Cabrera took his turn in race two. The consistent?Nicolas Dominici twice finished fourth to sit third in the standings. Peter Allen

We came very close to awarding this to somebody else in an attempt to stop Leclerc from holding the title too often this year, but in the end it was unavoidable. He was a close match for the more experienced Rosenqvist and Giovinazzi at Hockenheim, is just five points off the standings lead, and his drive to victory in race three past Rosenqvist was exquisite. If he was he was that good with such a deficit in circuit experience, what will he be like at Pau? 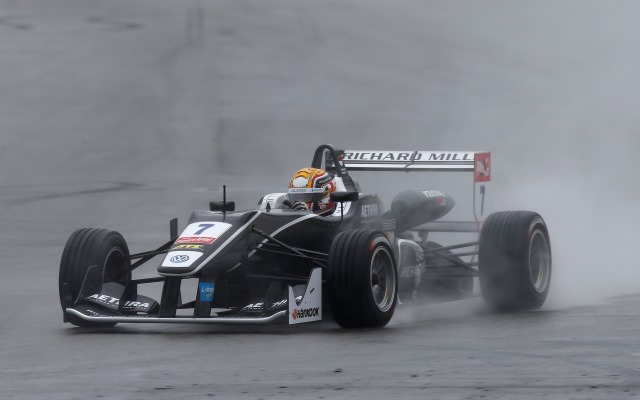