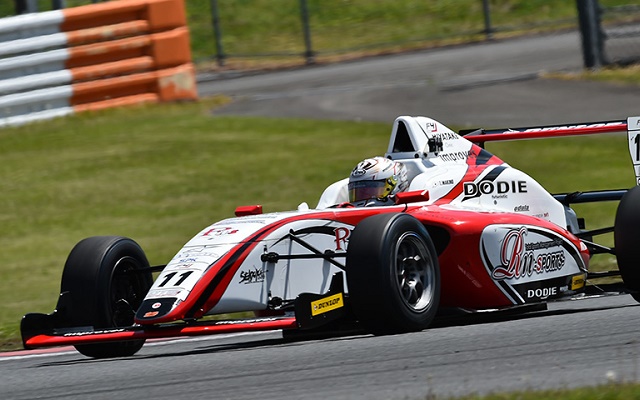 Having been passed by Sho Tsuboi for the win in race one at Fuji, Makino was back onto the top step in race two.

The RN-S driver held off Yuichi Mikasa over the 15-lap race, finishing a second ahead.

His chief rival Tsuboi was sent into a spin in the opening lap and missed out on the podium for the first time.

For Mikasa, meanwhile, it was a maiden top-three result, while Shinnosuke Yamada added his second third-place finish of the Fuji round.

Katsuhide Kaneishi took the flag in sixth, but was heftily penalised for overtaking under yellows. As such, the spot went to newcomer Musashi Nakanishi, who led KCMG’s Yuki Nemoto and Skill Speed’s Riku Hashimoto.

Tsuboi recovered to ninth, claiming the fastest lap along the way, while Shintaro Kawabata took tenth.

It was a tough race for all three international drivers in the field. FMCS champion James Munro was eliminated two laps in after making it up from 19th to eighth, Nicolas Costa finished outside the points and Doyun Hwang retired after one lap.