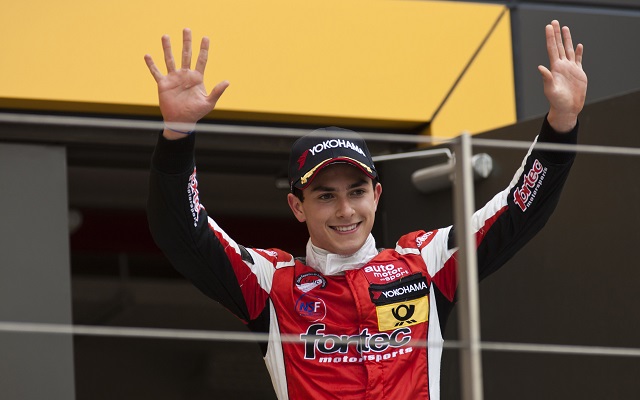 Eighth in European F3 after three years of prior racing in Formula 3 cars might not sound too impressive, but, in reality, there is not much argument that what Derani accomplished can’t be classified as a breakthrough.

Continuing with Fortec after a decent year in British F3, Derani almost seemed out of his depth in the first half of the European F3 season, as he was reliably outraced by Felix Serralles and even rookie teammate Josh Hill. In the first five rounds, he scored just 18 points and sat 15th in the standings with a best finish of fifth.

But, in what was a blink of an eye, Derani became Fortec’s team leader. With Hill retiring from racing mid-season and Serralles struggling with a recurring back injury, Fortec were in for some seemingly tough times, yet the Brazilian suddenly began to deliver. His trend of reliable frontrunning pace began at Norisring and then was accentuated when he took two podiums at Nurburgring. Suddenly a consistent top ten contender, he added another podium at Vallelunga and finished in eighth with 143 points – almost eight times of what he had at mid-point.

The uphill trend continued at Macau – he took fifth in the qualifying race and then ascended the podium in the main event. Shortly after, he announced a move to Pro Mazda to 2014 – one that he has well and truly earned.