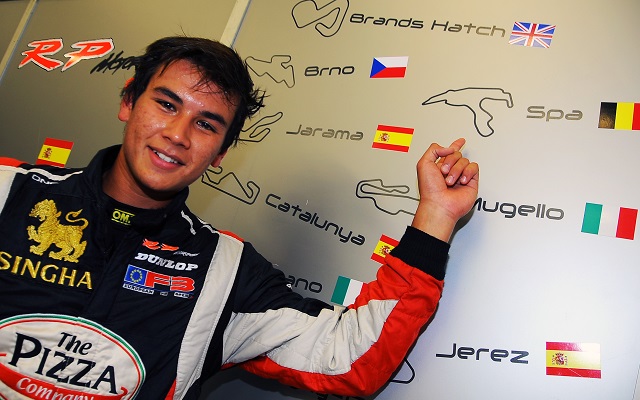 He began with a fourth and fifth place in the Winter Series and, in the first round of the main season, Stuvik celebrated his maiden win in Europe. Continuing his good form, he stepped on the podium four times in a row and took the lead of the championship. The fourth round at Jerez was the only weekend when the Thai racer couldn?t finish any of the races in the top three, yet he was still able to take fourth and fifth. He returned to form soon enough – at Silverstone with another podium and then at Spa, where he took his second win.

As the series got closer to the end, the championship fight between Stuvik and Ed Jones got more and more tense, but Stuvik never failed to deliver a top five finish and delivered yet another victory in a classic showdown at Monza. In the final race, he took second and finished as the driver with the most points, albeit losing out on the crown due to dropped scores.

Stuvik may have trailed Jones on outright pace, but his consistency was nothing short of brilliant, as he never missed out on the top five and always seemed to win when he was in a position to do so. Compared to his 2012 performance, this was a huge step up and he is on the right path to becoming a household name.