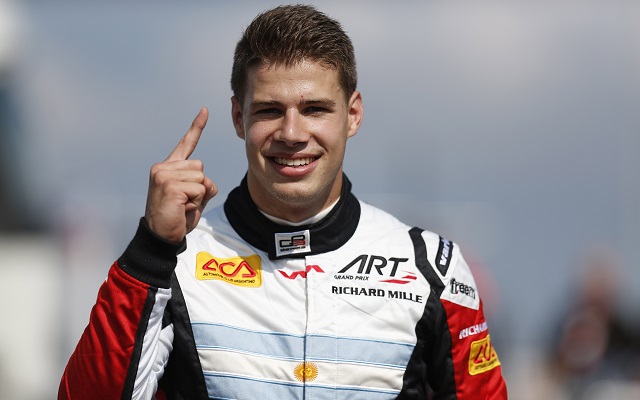 The news of Facu Regalia’s contract with the undisputed teams’ champions of GP3 ? ART Grand Prix ? was hardly met with much optimism. At this point last year, the 21-year-old Argentinian had just five race victories in his single-seater career that spanned since 2008 and featured three Formula BMW Europe seasons. The signs were there ? he was quick in testing and his 2012 efforts in F3 Open and Auto GP were pretty solid, but many saw hiring the Argentinian as a way for ART to pay for Conor Daly’s seat.

Well, it wasn’t that at all. The opener at Catalunya might have been a bit of a disaster, but, at Valencia the youngster finally showed what he’s made of. A podium there, a podium at Silverstone and a spectacular win at Nurburgring put Regalia on the map as a genuine title contender. A streak of scorching bad luck for main rival Tio Ellinas saw the Argentinian emerge as the undisputed leader of the championship, as he continued to bag consistently great results. And so, impressive streak of top-six finishes allowed the ART leader to come into Yas Marina with confidence and a decent lead.

It did not prove sufficient in the end, as there was absolutely no stopping surprise contender Daniil Kvyat over the closing two rounds, but Regalia wound up settling for a very impressive second in what is the finest season on his CV. He bested both of his teammates in the standings and was key for ART’s fourth teams’ title in a row.

A year ago, Regalia moving into GP2 would seem preposterous. Yet, twelve months later, it’s any other outcome that will be regarded as such.