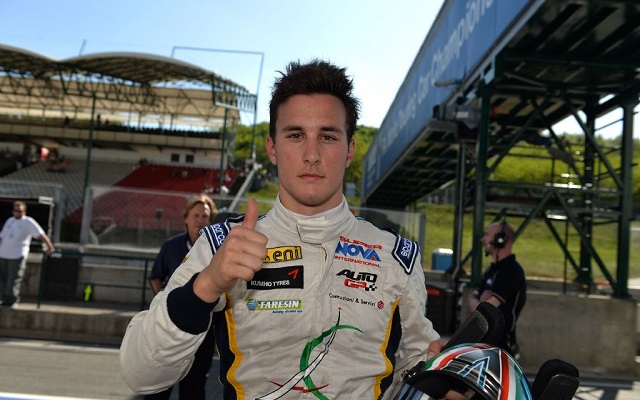 Vittorio Ghirelli came into the year without the greatest reputation, having scored no points in two years of GP3 and then managing just two top tens in Formula Renault 3.5 last season. With a decent karting career on his CV though, there was a suspicion that he might be a reasonable driver simply hobbled by jumping into championships he was too inexperienced to be competitive in.

That has proved to be the case after the Italian moved into Auto GP this year, where the somewhat less competitive field enabled him to flourish. After podiums in the opening two weekends at Monza and Marrakech, he then came to the fore at the Hungaroring. He claimed pole position, and although he had to settle for second in race two, he then won race two from seventh on the reverse grid. The arrival of Narain Karthikeyan as his team-mate at Super Nova restricted him to only one more win at Donington, but several more podiums ensured he wrapped up the title.

There?s no doubting the Super Nova package was the fastest and Ghirelli wasn?t able to match Karthikeyan when they were together, but then he was only ten years old when the Indian was winning World Series races in 2004. He still had to perform in order to deliver the results, and has proved he?s better than his previous years in single-seaters would suggest. Ghirelli contested the last five rounds of the GP2 season with Lazarus and scored the team?s only point of the second half of the season. It remains to be seen whether he will return for more next year.