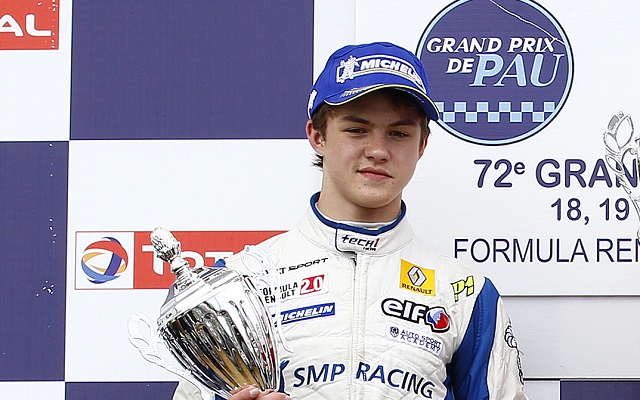 18-year-old Egor Orudzhev entered Formula Renault 2.0 on a full-time basis in 2013 after a rather inconsistent debut French F4 campaign, in which he eventually finished tenth, scoring some notable late-season podiums. He signed with Tech 1 for an assault on the Alps championship alongside a Eurocup campaign, joining fellow French F4 graduates Pierre Gasly and Matthieu Vaxiviere.

2013 would prove to be a breakout season for the SMP Racing protege, as he finished seventh in the standings of the ultra-competitive Eurocup, making his mark as the best-placed rookie. He started the season on a very impressive note, taking a second-place finish at the first round at Motorland Aragon. Following the opener, he couldn?t quite emulate his form and went through a bit of a mid-season slump. However, after a disappointing round at the Red Bull Ring, the young Russian regrouped and enjoyed a streak of top ten finishes in the three remaining rounds of the championship, eventually overtaking his experienced teammate Vaxiviere in the standings and finishing up seventh.

Along with his Eurocup campaign, Orudzhev competed in the Formula Renault 2.0 Alps Championship, also with Tech 1. He started off strong but, again, somewhat struggled mid-season before a strong run of results in the second half of the season saw him wind up fifth in the standings.

Orudzhev is a driver who’s growing in confidence race after race and if he can continue to improve at the remarkable rate that he showed this season, whilst producing the same type of remarkable consistency, he is very likely to be a regular threat at the front in the Eurocup next year.