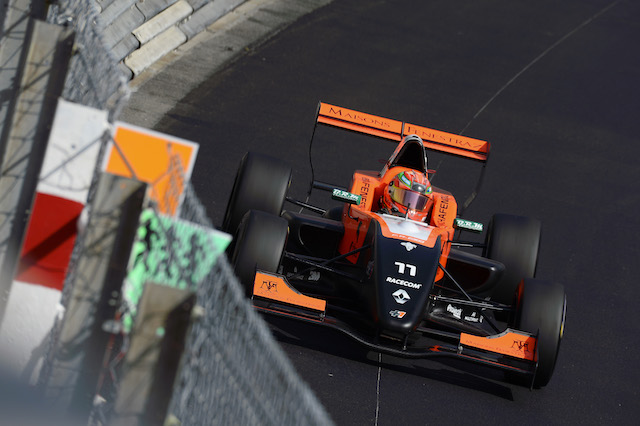 Lando Norris has been stripped of pole position for the inaugural Eurocup Formula Renault race in Monaco for a technical infringement, promoting?Sacha Fenestraz to first on?the grid.

Norris had set the pace in?practice and qualifying on his first ever time on a street circuit, but?had all his times deleted because his Josef Kaufmann Racing-run car did not conform to “nuts, screws, bolts and uniballs rules”, even though stewards acknowledged these were?breached?”without gaining any performance”.

Ferdinand Habsburg?has therefore been promoted to the top of the times, but a two-place grid penalty carried over from?Motorland for colliding with?Gabriel Aubry there drops him to third and puts Fenestraz on pole.

The French-Argentine hasn’t finished higher than seventh in his six Formula Renault races so far across Eurocup and NEC, but won?twice on the streets of Pau on his way to second in French Formula 4 in 2015.

Max Defourny gains a place on the front row on the grid, while?Dorian Boccolacci will start fourth alongside Habsburg.?Nikita Mazepin?will start fifth on his series return for AVF, alongside fellow Force India-affiliated driver?Jehan Daruvala.

Norris will start 22nd, ahead only of?David Porcelli?who didn’t take part in the session after stopping on his way to the pits beforehand.