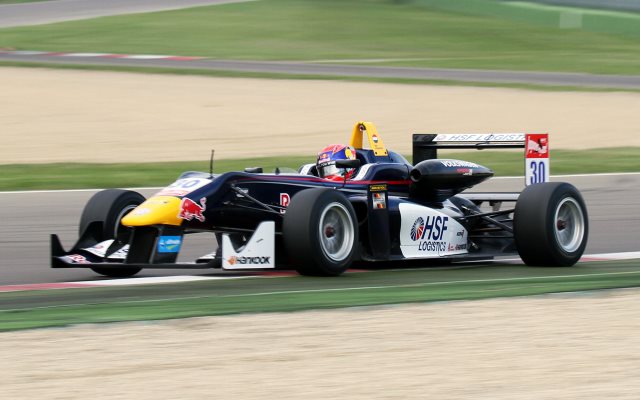 Max Verstappen ended the two-day in-season FIA F3 European Championship test at Imola by setting the fastest time in both the morning and afternoon sessions on Wednesday.

Having been quickest in the opening session on Tuesday and third fastest overall, the future Toro Rosso F1 driver finished the test having topped three of the four sessions.

In the morning he set the quickest time overall from the test with a 1m36.553s. That was 0.283s quicker than second-placed Jake Dennis, who had set the pace on day one.

Rosenqvist was Verstappen’s closest rival in the afternoon, when Verstappen set a best of 1m36.938s. Rosenqvist was 0.335s back, with Dennis keeping up his strong form a close third.

Cassidy ended a promising test for him with fourth ahead of Felix Serralles, Auer, Giovinazzi and Tom Blomqvist, whose summer break had lasted a day longer after mild concussion forced him to sit out of Tuesday’s running.

Alexander Toril put two of T-Sport’s cars inside the top ten in ninth, with King tenth.

Championship leader Esteban Ocon had a low-key day, with 11th in the morning and 13th in the afternoon.