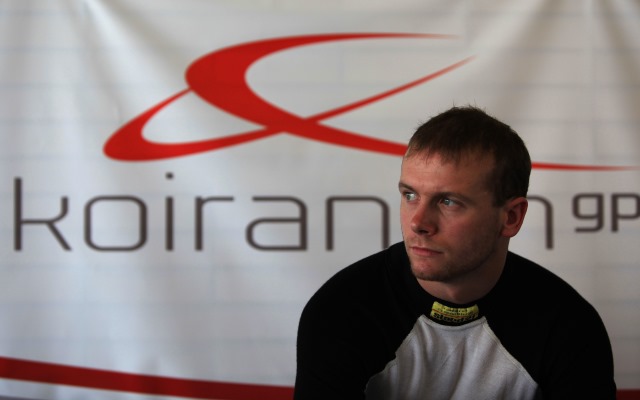 His switch of team follows the announcement that Marussia Manor Racing will not compete in Sochi this weekend due to commercial issues.

Stoneman previously drove for Koiranen in Abu Dhabi last year, coming close to a race win on his return to single-seaters after three years away. Signing with Marussia Manor for the 2014 season, Stoneman has claimed victories in Barcelona, Spa and Monza and is eighth in the standings.

“Dean Stoneman proved to us last year that he could adapt to our car and drive it to the top level,” said team boss?Afa Heikkinen. “This year he proved to everyone that he could win races. So, of course we are delighted to have him with Koiranen GP until the end of the year.”

Stoneman’s former team-mate at Marussia Manor Patrick Kujala could well race for Trident in Sochi, according to ItaliaRacing.