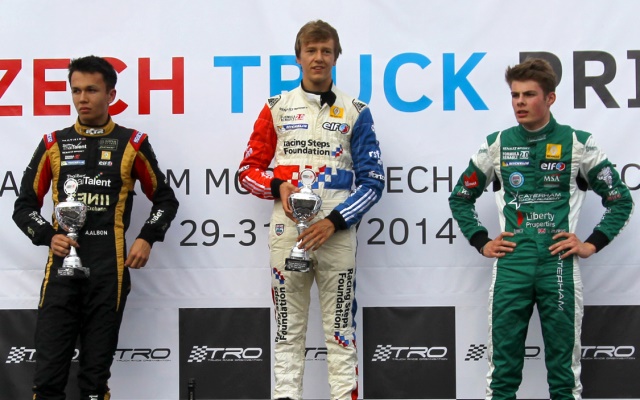 The six finalists for the 2014 McLaren Autosport BRDC Award have been named.

The chosen drivers will attend the annual assessment at Silverstone later this month, where they will drive Formula 2, Mercedes DTM and McLaren GT3 cars.

A judging panel will choose a winner who will be revealed at the Autosport Awards in December and receive ?100,000, a McLaren F1 test drive, full BRDC membership, and an Arai helmet.

An award recognising the best of emerging British single-seater talent, the three most recent winners are Matt Parry, Jake Dennis and Oliver Rowland.

18-year-old Albon, who races under the Thai flag but was born in London to a British father, has been contesting his third season of single-seaters this year in Formula Renault 2.0. Formerly a Red Bull Junior and now on the books at Lotus F1, he has progressed from two difficult learning years in the category to find great consistency in the highly competitive Eurocup. He has scored points in nine of the 12 races so far, finished on the podium three times and sits fourth in the standings with a round to go. He scored his first single-seater win in a guest appearance in the NEC series at Most.

Barnicoat, 17, made the full time move up into single-seaters this year after a successful karting career and victory in the Protyre Formula Renault Autumn Cup last November. Contesting the NEC, Barnicoat claimed two victories and three second-places against some much more experienced competition and went on to claim the title in an impressive rookie season. Funded by the Racing Steps Foundation, Barnicoat is also a member of the McLaren Young Driver Programme.

18-year-old Fielding has enjoyed his first full single-seater campaign in BRDC F4 this year after his rookie season was cut short early on due to a lack of funds. Claiming the championship’s first ever treble victory at Silverstone propelled him into title contention. A fourth win of the campaign – the equal most victories – at Donington has taken him to third in the standings with a round to go. Fielding demonstrated his abilities on a wider stage recently at the Italian F4 round at Monza, taking two second-place finishes. 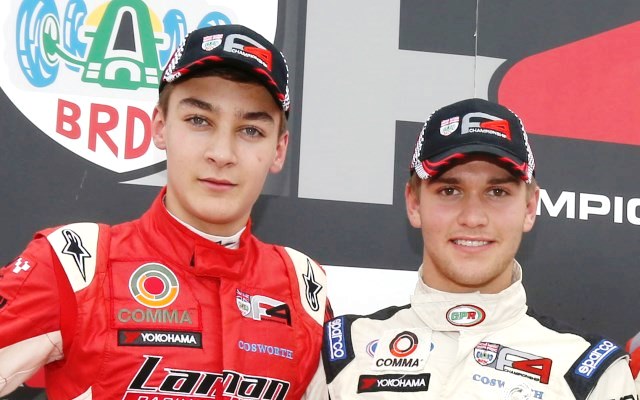 After seasons in Protyre Formula Renault and BRDC F4, 18-year-old Morris moved onto Europe this year and a return to Formula Renault 2.0 in the NEC. Matching Fortec team-mate Barnicoat’s record of two wins and three other podium finishes, he claimed third place in the standings on the final weekend on count-back. Part of the Caterham F1 team’s junior setup this year, Morris is the only returning finalist from last year.

Russell turned 16 at the start of the year and joined former karting rival Barnicoat in making the step up to single-seaters and embarked on a dual campaign in BRDC F4 and Formula Renault 2.0 Alps. In Alps he finished a strong fourth overall despite a last-minute switch of teams on the eve of the season, and being forced to miss a round to illness. He led the F4 standings from his double victory on the opening weekend until the recent penultimate round when he suffered contact while leading.

After finishing runner-up in Formula Ford last year, 18-year-old Scott came into his sophomore campaign as one of the title favourites. He has only won three times as he and his team struggled for outright speed in the second half of the year, but his superb consistency of 22 podiums from 27 races means he is tied for the points lead going into the final race of the season. 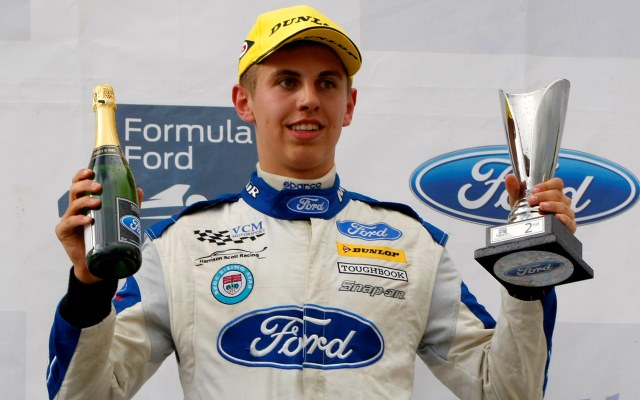