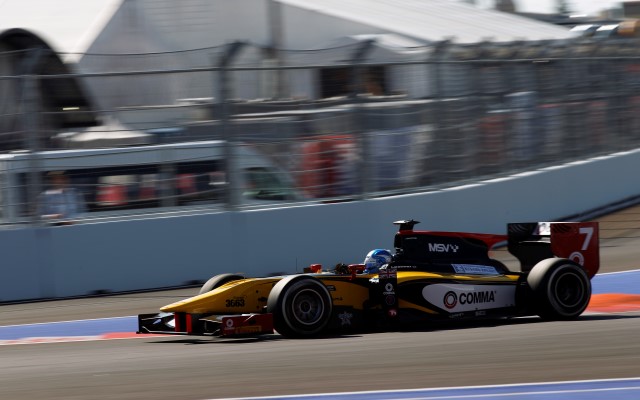 GP2 championship leader Jolyon Palmer set the pace in the category’s first ever running on the Sochi circuit in free practice.

The DAMS driver, who will wrap up the title during this penultimate race weekend if he can out-score rival Felipe Nasr by eight points, went over half a second clear of the field towards the end of the session.

Arthur Pic was second quickest, ahead of late improver Andre Negrao and Stoffel Vandoorne, who had led much of the session.

Tio Ellinas made a rapid return to the series for the first time since Spielberg as he completed the top ten, The Cypriot is standing in at Rapax for Adrian Quaife-Hobbs who has a neck injury.