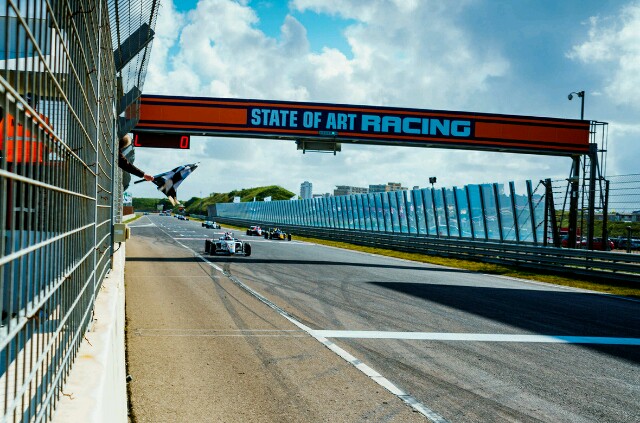 Finnish driver Tujula qualified third, and moved past Jarno Opmeer at the start as Verschoor led from pole.

At a safety car restart (after Gleb Zotov crashed at the pit exit after serving a drive-through penalty), Tujula capitalised on a lock-up from Verschoor at Turn 1 to snatch the lead.

Another saftey car, caused by an off for Henri Kauppi, gave Verschoor one lap to try and regain the lead, but Tujula held on.

Championship leader Opmeer dropped from second to fourth at the start, but would regain a podium spot from Juho Valtanen at the first restart.

A charging Rasmus Markkanen also passed Valtanen and chased Opmeer, but his attempted pass led to a crash and retirement.

Roope Markkanen, Nikita Sitnikov and Artem Slutskiy completed the top 10 ahead of Nikita Volegov, who had qualified sixth for his single-seater debut.