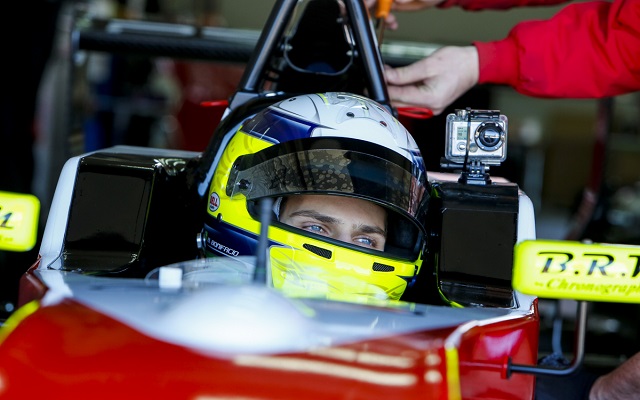 Prema Powerteam’s Bruno Bonifacio set a new lap record for Formula Renault 2.0 cars around Paul Ricard with his timesheet-topping effort on day one of pre-season Eurocup testing on the French track.

While KTR’s Alex Albon led most of the early running in the morning session, it wound up dominated by de Vries who beat the opposition by more than half a second.

De Vries also led much of session two, before being ousted from first by Dennis Olsen coming into the final hour. However, Olsen himself would soon be overtaken by Prema teammate Bonifacio, whose lap wound up being the best effort of the day.

A late-session lap from de Vries allowed the Koiranen driver into second, ahead of stablemate D’Agosto and Albon. Josef Kaufmann Racing’s Gustav Malja rounded out his first day of official pre-season testing in fifth, ahead of Parry, Orudzhev and Olsen. ART pair of Amweg and Aurelien Panis made up the rest of the top ten.