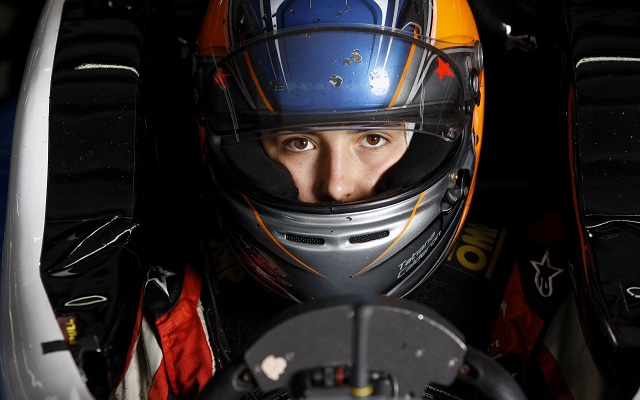 Colombian racer Tatiana Calderon will continue in the FIA F3 European Championship, having signed on with returning squad Signature.

Calderon, 20, joined the European single-seater scene in 2012 after two years in the Star Mazda series of the American Road to Indy ladder.

Having finished ninth in her debut year in European F3 Open, she then moved on to the FIA F3 championship, agreeing to a deal with Double R. While she didn’t score any points in the regular season, she did manage a maiden podium in her British Formula Three campaign.

She tested with Fortec and Carlin in the post-season and took part in the Ferrari-run Florida Winter Series, which yielded her first victory in single-seaters.

“We have been following Tatiana?s progress for some time, and we met her in Florida during the Winter Series, where her motivation and her pure speed up against the top European drivers were very convincing”, noted Signature boss Philippe Sinault. “We therefore decided to give her one of our F3 cars for 2014. She will race alongside her compatriot Oscar Tunjo, in the FIA F3 European Championship. We are impatient to see our drivers take to the track for the first time with the Renault engine.”