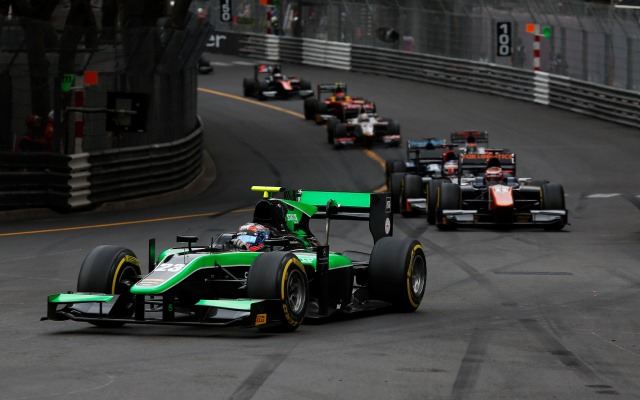 Peter Allen looks back on the weekend’s racing including the Monaco Grand Prix supports, where Richie Stanaway demonstrated his abilities with victory on just his sixth start in GP2.

It’s an often-voiced complaint by frustrated drivers and fans alike that it’s money rather than talent that counts on the junior single-seater ranks leading to Formula 1.

There is undoubtedly a lot of truth to this view. Racing anything is expensive relative to most sporting pursuits, and it’s particularly the case if you want to drive an mini-F1 car on the same bill at Grands Prix. A lack of exposure means there’s a lack of sponsorship available to junior single-seater teams, and so it usually goes that for a driver to race in GP2, they usually need to bring the financial backing of a developing nation, a wealthy father or an F1 team.

The first two of those often seem happy to plough money into their chosen driver year-after-year regardless of results. On the other hand, obtaining the support the latter on merit alone is becoming increasingly exclusive, not helped by half the F1 grid struggling to afford the bare necessities or by an unhealthy trend for drivers to be written off or otherwise before they get out of their teens.

For those unfortunate enough to lack significant backing, getting the chance to climb as high as they deserve on the ladder can be difficult. But just occasionally, there are stories of talent alone getting an opportunity and grasping it with two hands.

Take the example of Roberto Merhi, a European F3 champion whose prospects looked bleak after struggling to translate single-seater success into tin-tops and the DTM. With barely any sponsorship to speak of, he was given a chance for 2014 in Formula Renault 3.5 by one team’s new Russian owners and ended up giving Red Bull-backed Carlos Sainz a run for his money.

Those performances earned a free ride with another FR3.5 squad for this year, and a maiden F1 campaign with Manor. In Monaco he had to skip the former’s race in order to concentrate on the latter – a nice problem for an underfunded driver to have.

Where’s this going? Well there was a similar feel-good story on the GP undercard in Monte Carlo as Richie Stanaway won on just his sixth start in GP2 with a confident drive in the sprint race.

It’s a scenario that would have been unthinkable two years ago, when the Kiwi finished seventh in the Porsche Supercup race in Monaco. With dominant back-to-back titles in ADAC Formel Masters and German F3, a debut victory in GP3 and the support of the Lotus F1-affiliated Gravity management scheme, Stanaway had been a driver that was going places until suffering a back injury early in an FR3.5 campaign in 2012. 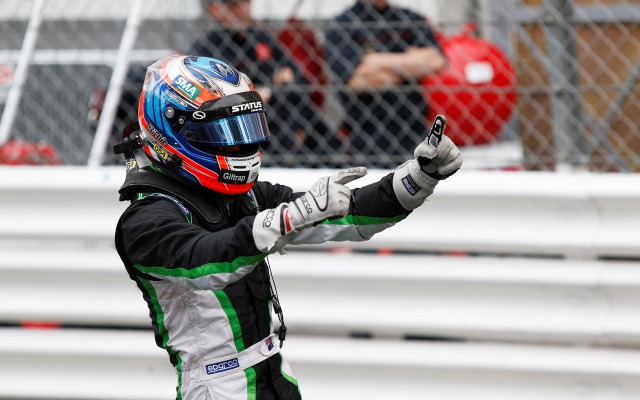 The recovery was a long one, and he when he was back racing a year later, his car had a roof. The clear aim now was a sportscar career, with a Porsche campaigned paired with an opening with Aston Martin Racing. That’s certainly nothing to be sniffed at and better than many drivers can get, and the AMR link has now led to a full-time place in their World Endurance Championship programme, winning the GTE Pro class earlier in the month at Spa.

But there was a fear that single-seater racing had lost a talent it really shouldn’t have done. Stanaway would get the chance to return though, with Status Grand Prix handing him a GP3 seat for 2014. For a large part of the season, he was Alex Lynn’s closest title rival, but an unlucky slump to eighth in the final standings was surely going to stymie any chances of progressing.

Status had bought a GP2 team, Stanaway tested for it in November and it would have been great if a deal could somehow be done for them to make the step up together. Financial realities had made it seem unlikely, but Stanaway remained in the car through pre-season testing, and into the first races.

With two rookie drivers and a new team, results were unsurprisingly hard to come by at Bahrain and Barcelona, but Stanaway did manage to sneak a point at the latter. Monaco was always going to be a good opportunity – the nature of the circuit has often allowed drivers in the support races to bypass any deficiencies in their team and car package to score good results.

Indeed, Stanaway was much more competitive from the off, leading the middle third of the free practice session. A mistake in the wet qualifying cost him, but he was able to progress in the feature race and finish seventh. That gave him a front row start for the sprint, and a brilliant start put him into a lead that he managed comfortably until the finish.

Just as in GP3 last year when it climbed to third in the teams’ standings after coming bottom in 2013, Status has been rewarded handsomely for giving Stanaway a chance with a maiden GP2 victory in its debut campaign at the most famous circuit on the calendar.

Sometimes, talent does shine through.

Stoffel Vandoorne is denied seventh straight pole but beats Alexander Rossi out of the pits to remain unbeaten this year in feature races. Pair fail to progress in sprint race as Richie Stanaway wins on his and Status team’s sixth GP2 start, but the top two still pull away as Rio Haryanto, Mitch Evans, Alex Lynn and Pierre Gasly all score zero.

Jazeman Jaafar proves Monaco prowess with maiden victory from pole to move a point ahead of Fortec team-mate Oliver Rowland, who is hit at turn one by fellow Aragon winner Matthieu Vaxiviere, but produces a brilliant fight back to sixth. Dean Stoneman is second on his Monaco debut, while Tom Dillmann gets his first FR3.5 podium. 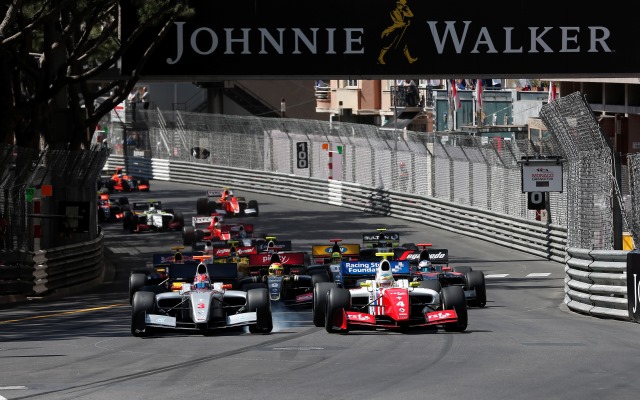 Antonio Pizzonia wins first race and comes third in race two from a pitlane start after stalling. Rival Facu Regalia has to make do with a pair of second places, while Luis Sa Silva follows a race one podium with a first victory. Only seven drivers take part, with 16-year-old Hungaroring standout Leonardo Pulcini absent.

Louis Deletraz dominates at Silverstone, topping all sessions and winning both races from pole. Ukyo Sasahara is only two points behind however, after a second and a fourth. Those results are repeated by Dennis Olsen, while Callan O’Keeffe and Kevin Jorg make the podium.

Jack Aitken extends his Alps lead with two wins in the Alps, though does fail to score in reverse grid finale won by Matevos Isaakyan, who also finishes second in race one ahead of Aitken’s chief rival Stefan Riener. Jake Hughes and Thiago Vivacqua make race two podium, Vasily Romanov and Amaury Richard there in race three. 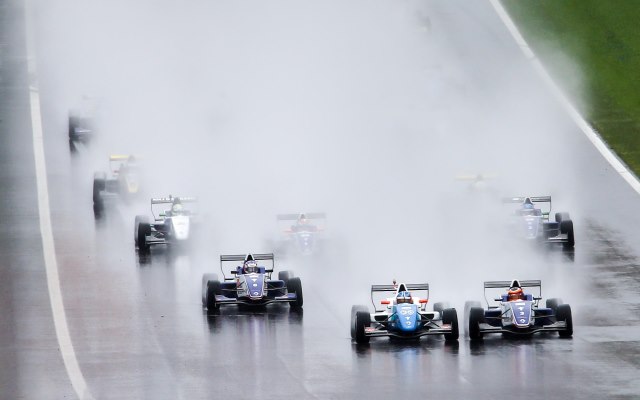 Weiron Tan wins his first oval race from pole position ahead of Will Owen, who finishes second for the second consecutive race. Neil Alberico completes the podium but Santiago Urrutia remains ahead in the standings despite retiring with a mechanical problem.

Nick Cassidy takes his turn at the head of the standings with his third win of the campaign in race one. TOM’S team-mate Kenta Yamashita jumps the start and and finishes back in eighth, but then wins race two ahead of Cassidy.?Lucas Ordonez gets a maiden podium with second in race one, while Nissan/B-Max team-mate Mitsunori Takaboshi is twice on the rostrum.