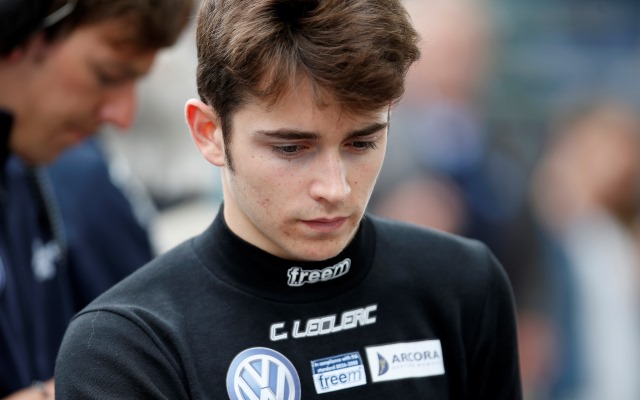 Rookie standout Charles Leclerc posted the fastest time on the FIA F3 European Championship test day at Monza ahead of this weekend’s races at the Italian circuit.

Leclerc, a double winner at Monza in Formula Renault 2.0 Alps last year, topped the morning session with a time of 1m44.040s.

In the afternoon, Leclerc was second quickest to Santino Ferrucci who managed a best lap of 1m44.347s.

Rookies Arjun Maini, Pietro Fittipaldi (back in action after injuring his left hand in Pau), Lance Stroll and Alessio Lorandi completed the top eight ahead of championship leader Antonio Giovinazzi, while Maximilian Gunther denied team-mate Ferrucci a place in the top 10 by 0.01 seconds.

Behind Ferrucci and Leclerc in the second session were Felix Rosenqvist, Markus Pommer, Jensen and Stroll. Dennis was seventh ahead of Gunther and former BRDC F4 rivals George Russell and Hyman. Italian Giovinazzi was 12th.

Eurointernational’s two new drivers for this weekend’s races both enjoyed competitive runs, with Facu Regalia 15th and 17th in the two sessions and Artur Janosz in 19th and 22nd from a 34-car field.