Home Featured Louis Deletraz: The man to beat in Eurocup and NEC
Features

written by Valentin Khorounzhiy 27 May 2015 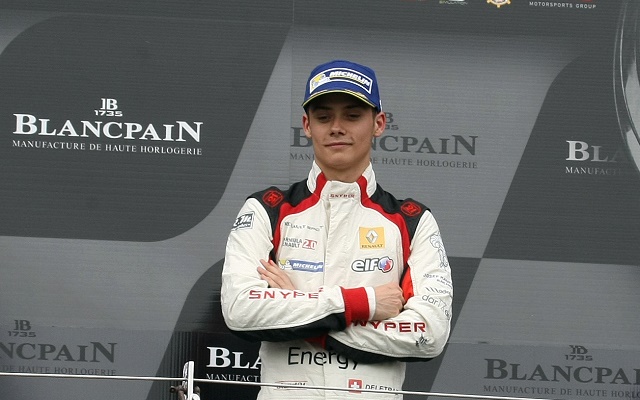 Formula Renault 2.0 racing usually makes for pretty close championships, but when Nyck de Vries signed up for both Eurocup and Alps in 2014 for his third year in those cars, it was obvious those title fights were over before they started.

2015 was not supposed to see a repeat of that sort of domination in FR2.0 ? not on paper, anyway ? but Louis Deletraz’s current form suggests that a return of intrigue might not be on the cards.

The Swiss driver, who turned 18 in April, now leads both Eurocup and the NEC series, with five wins from seven races. Two of those came last weekend at Silverstone, where he dominated the NEC field, sweeping every session along the way, with qualifying advantages of seven and nine tenths respectively.

De Vries’ title double last year was brutally convincing, but Deletraz, despite his current pace, remains quite pragmatic ? he wants to win both of his championships, but admits he ?won’t be disappointed if it’s just by one point?.

Whatever the outcome of the current campaigns, it’s clear that Deletraz has made staggering progress in his time in Formula Renault. Back in 2012, he kicked off his three-year stint in the category with top squad Josef Kaufmann Racing and finished his first year in NEC a reasonable, but hardly headline-grabbing 19th.

?I was not happy with 19th,? he remembered. ?But I was just 15 years old when I started that season and I didn’t honestly feel quite ready. And I did have a few good results ? a top-five and many top-tens. So I knew I could make something good of 2014.?

And yet, even he did not expect just how good it’d turn out. 2014 featured another full-time assault on NEC and began with a maiden win in the Monza opener. It foreshadowed what was a very strong title challenge, which, in the end, saw Deletraz miss out on the title by 18 points to fellow rising star Ben Barnicoat.

?It was a big disappointment, but we were also very happy because we won the teams’ championship,? he said, referring to Josef Kaufmann Racing’s first title in the series.

Still, even as runner-up, he wasn’t an overwhelming favorite heading into the 2015 NEC season ? much less in the Eurocup, where he’d only previously done three rounds as a guest.

But that assessment has looked noticeably off the mark so far. And people in the NEC paddock reckon that it’s because Deletraz has toughened up.

?I’m not less soft on a personal level,? he responded. ?But, yeah, I think it’s a bit true when I get on the track.? 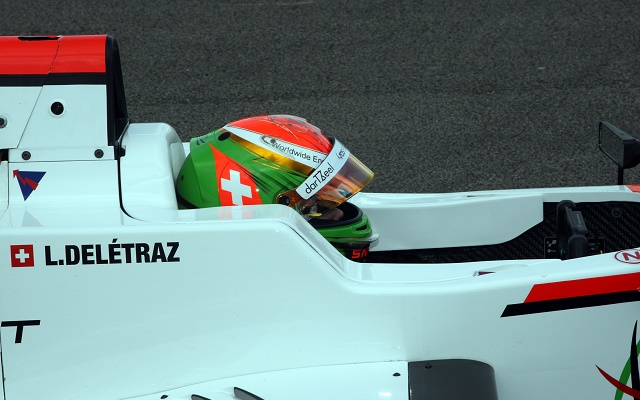 A quick glance at the entry list for the NEC series suggests that the rest of that campaign might not be a walkover for the Swiss driver. And the Eurocup, even though he enjoys a bigger lead there, is a different game entirely. ?I’m the newcomer,? he said. ?It’s the next level ? all the quick drivers from NEC and Alps come there and the prize money attracts other competitors. It’s well-known as one of the hardest championships in the world.?

And yet he insisted that topping the Eurocup standings after the Aragon opener was very much a goal: ?We were expecting it, yes. We worked hard for it and it was good for morale, but it was not unexpected. We’re looking for poles and wins and maybe the title in the rest of the season.?

Should he win the Eurocup, Deletraz admits that Formula Renault 3.5 will be the logical next step. ?That’s the goal,? he said. ?I tested already in last year’s rookie day thanks to being runner-up in NEC. It’s a really good car and I was quite good in it, so I think that’s where we want to be.?

?But first we need to focus on this year and win it properly. And then we’ll see.?

In the long term the Swiss driver, like most of his peers, wants to make it to Formula 1. But it’s certainly not the be-all and end-all.

?I’m also a BMW junior driver?, he pointed out. ?So I plan to go along with them. They’re a big family, one that I’m proud to be in. It’s really nice to have their support.?

BMW’s junior programme is currently aimed at endurance racing and the Swiss driver is no stranger to that ? his father Jean-Denis had eight outings in the Le Mans 24 Hours and was a class winner on two occasions.

Louis is set to make his sportscar debut in the fourth race of the VLN championship on the Nurburgring Nordschleife in July. And he seems rather psyched for it: ?I really like endurance racing. I have seen it a lot with my dad, it’s really interesting and to be part of a manufacturer entry is the best way to do it. It’ll be a new thing for me to share a car with other drivers, but I’m lucky to have some good teammates.?

The F1 dream, however, is still there. And if Deletraz maintains this form throughout the following years, it might very well become a reality. 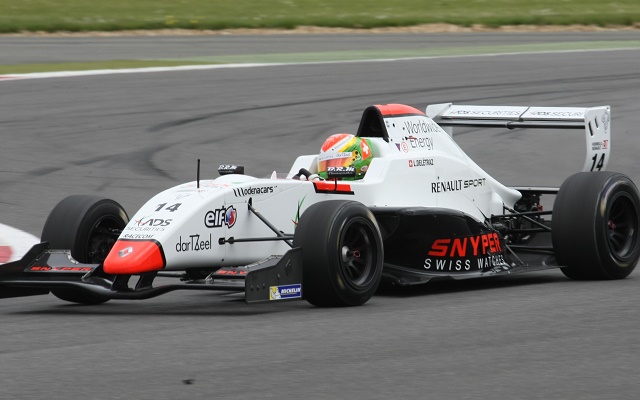