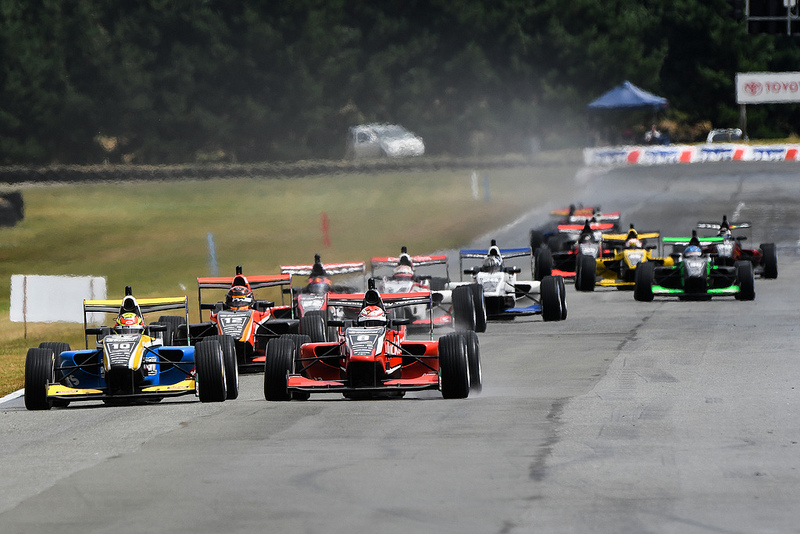 Being flown halfway across the planet to compete in a number of events of increasing pressure over a five week period, knowing that one bad result could end your chances of overall victory and that a cult following is watching your every move may sound like reality television, but it’s actually a description of the Toyota Racing Series.

For New Zealand-based drivers the long-haul flight is avoided, but they’re still subject to an packed schedule that includes 15 races and a 1576km journey between the second and third rounds at Teretonga and Hampton Downs.

To get a feel of what racing in the Southern Hemisphere’s premier single-seater series is like, Formula Scout sat down with Mark Pilcher, team principal of current champion team M2 Competition, which is also expanding into the Formula Renault Eurocup. The origin of the team’s entry to TRS in 2011 stemmed from a very different championship though.

“Basically, Flex (Jonathan Moury, co-team principal) and I had been working together on the A1GP Team New Zealand project for Colin Giltrap,” Pilcher explains.

“Once that championship dissolved, the opportunity came up with Toyota to start a thing in New Zealand, because at that point they needed some established teams.

“We chose this championship because I didn’t want to continue travelling so much, and I’ve lived in New Zealand for most of my life, so decided we could make a go of racing down here.” 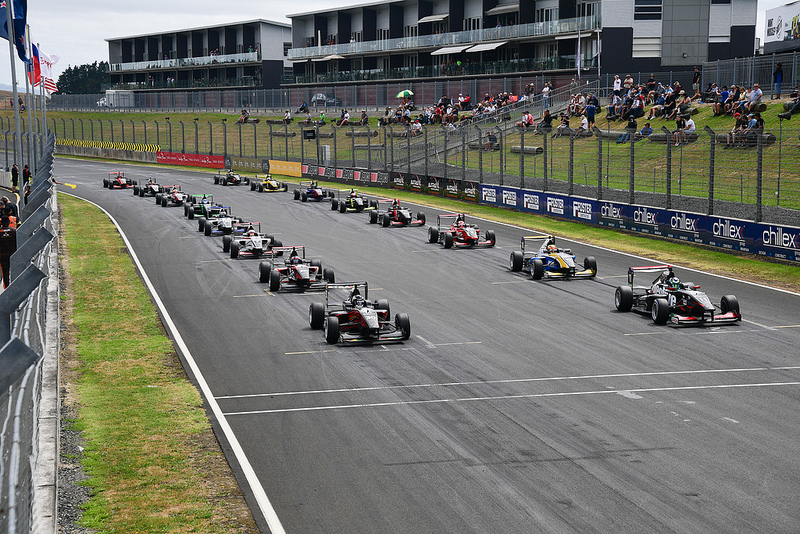 The travelling miles may be less than a European series (although that is arguable), but the on-track mileage is north of 2,500km and there are 20 hours of track time, the equivalent of a half-season in Europe.

“It’s in five weeks which makes it pretty tough. Particularly if you’re having dramas or accidents,” says Pilcher.

“The tracks are very different [to Europe]. They are technically challenging because they’re narrow. There’s no runoff at most of them. So it really rewards a driver that doesn’t make errors, and really focuses on the technical side of driving. Because you go off at a lot of these circuits and the car is damaged [immediately].

“One of the circuits we race at shouldn’t really be certified. But [Teretonga] is FIA Grade 2 and it’s come under a grandfather clause – the circuit’s so old they basically allow you to race there because of its history. There’s literally two or three metres between each side of the circuit and the tyre wall.”

A symptom of using New Zealand’s old school circuits is close and exciting racing, but what else does TRS offer over alternative ‘winter’ championships?

“Probably it really comes down to the intensity of the championship,” reckons Pilcher.

“They’re racing the cars between three and four days a week. In terms of a level, it’s really just track time. They get a lot more track time than any series in Europe when you break it down per weekend.” 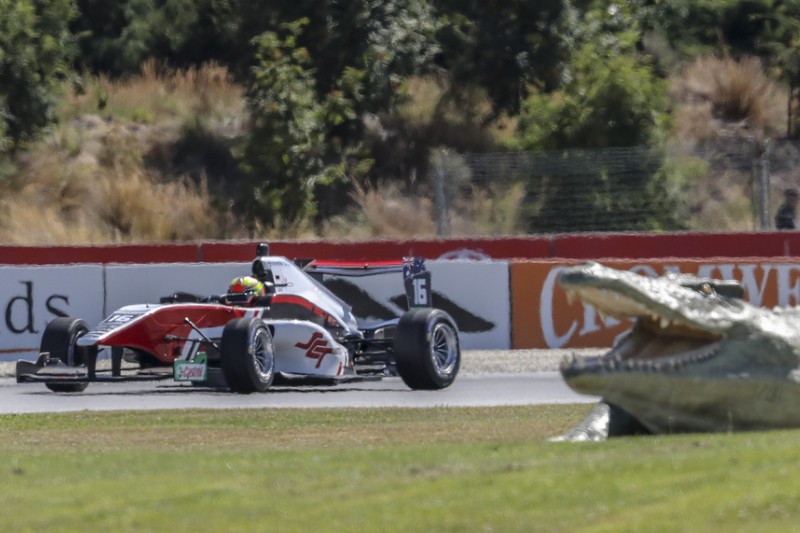 Extreme winds caused much of the second round of the 2019 season to be cancelled, leading to the organisers adding those sessions to subsequent rounds, making the condensed schedule even more intense.

“Last weekend, and this weekend, they’re faced with four races a weekend. And then particularly this weekend there’s three qualifying sessions. It has made the step for the more rookie drivers in the field more difficult. But at the same time it’s a great learning process.”

“The current driver line-up’s interesting. We’ve had a few surprises. The pace of Liam is impressive.

“Marcus is in his third season, we expected him to be quick from the outset, which he was, and to lead the team. I expected Liam to be quick, as quick as Marcus, but certainly not straight away. We assumed it would come from about now, the North Island events onwards.

“Auer’s had a bit of a rough time due to a few things, but as well he’s relearning the technical aspects of single-seater racing. So he’s yet to really deliver, and that’s partly because of technical things and he’s crashed a few times.”

The Austrian has raced in the DTM since 2015, but has been enrolled into the Red Bull Junior Team for this year to compete in Super Formula. He’s taken one pole and two podiums in TRS so far, but it’s been his younger title-contending team-mates who have been grabbing the headlines. 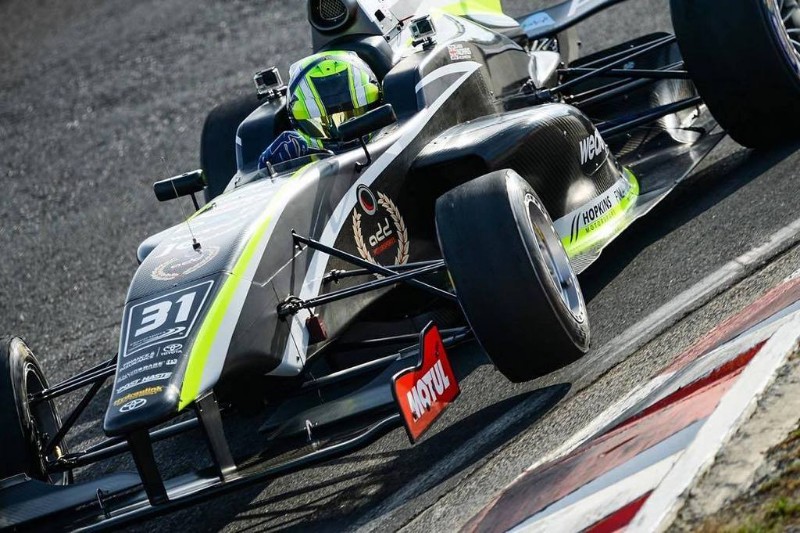 “This title fight [between Armstrong and Lawson] is up there. The 2013 one between Alex Lynn and Nick Cassidy, and [Giles Motorsport’s] Auer at that point, was equally as tough and tight. But this one is up there for sure.”

Formula 1 drivers Lance Stroll and Lando Norris won the TRS title with M2 after Cassidy’s ’13 triumph, and it is Norris who sticks particularly in the memory.

“Within the first two sessions here you knew, you could see Norris was going on to do bigger things. Off the top of my head, there’s been so many [top drivers]. Lynn too, he was really professional and impressive here.”

Super Formula star Cassidy is an example of New Zealand’s homegrown talent, winning two TRS titles before moving to Europe full-time. M2 likes to keep an eye on who the next Kiwi star could be.

“New Zealand-wise, we’re always keeping a close eye on the karting scene, which is very strong here. That’s the main reason guys like Lawson turn up. NZ Formula Ford and the Toyota 86 [sportscar] championship as well. There’s a couple in FFord that we’re looking at for next year. And we’re constantly looking at the rest of the world on who might be available for 2020.”

Prior to starting M2, Pilcher had worked in Champ Car and the World Rally Championship, and gained TRS experience with Triple X Racing, winning the coveted New Zealand Grand Prix with future Le Mans 24 Hours winner Earl Bamber. His Belgium-based colleague Moury has an even more varied career, having headed Prema in GP2 and Strakka in sportscars, as well as working in the DTM and the America’s Cup sailing race. 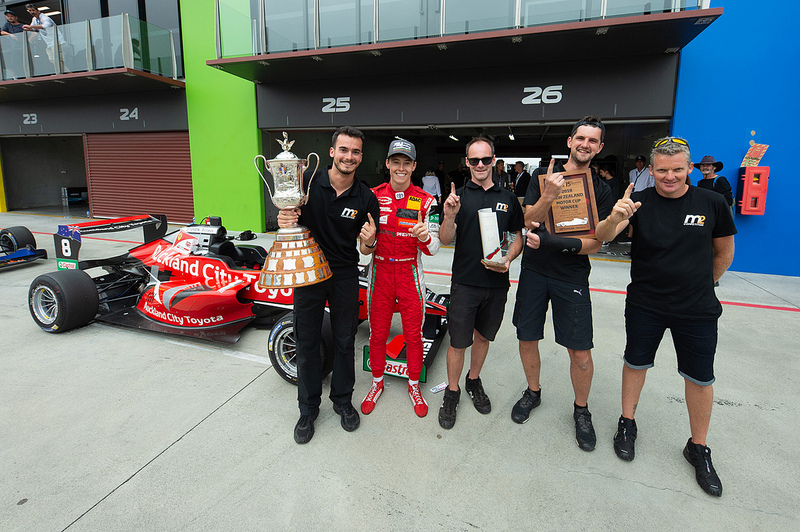 Like Moury, most of the team live and work in Europe outside of the TRS season, and of the 25-strong group of race personnel, at least six will remain with M2 for its maiden Eurocup campaign.

“It works pretty well. And all the Kiwi guys have been doing it since the start, so they’re well experienced in this championship.”

TRS has used two iterations of a Tatuus chassis since its inaugural season in 2005, with the ‘new’ car being introduced in 2015.

“Since 2015, my impression is that it’s level with the Eurocup, in terms of the series. But operationally it’s actually above that, because we have a lot more engineering staff than Eurocup teams are allowed. So there’s a lot more focus on performance. We have [dedicated] performance engineers.

“The series is pretty locked down [on mechanical freedom], with the idea of keeping the level of all the teams’ cars are similar. That’s why we have to work pretty hard on the detail, because the options for running [changes] on the car are limited. More limited than the Eurocup in fact.” 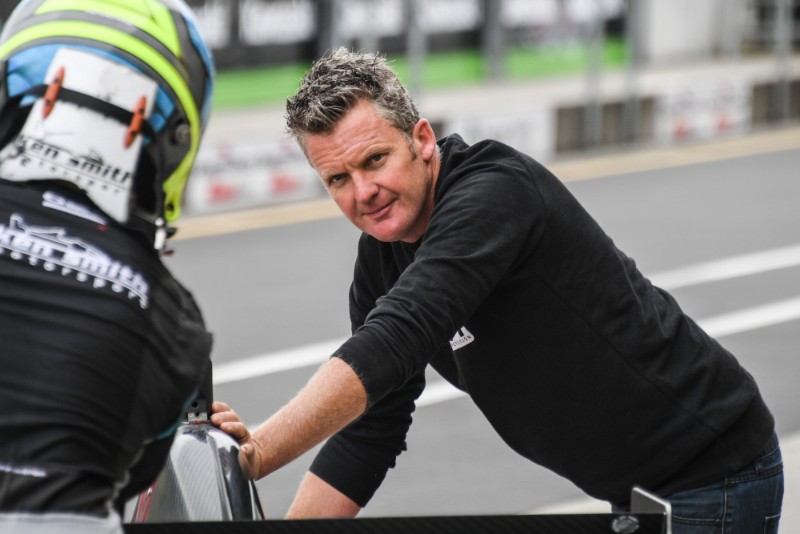 This ties into comments made by championship leader Armstrong after taking his second pole of the Hampton Downs round.

“As the weekend progresses, it’s sort of natural that everyone bunches up a wee bit,” said the Ferrari junior. “I had an advantage from the first practice session this weekend and managed to keep it until the last quali session, which is not always that easy with all the telemetry and videos and analysis we do. So I’m really happy.”

M2 is considered the team to beat in TRS, having won four driver’s titles and five teams’ titles. Formula 2 and Formula E teams have hired directly from the small Kiwi team.

“We’ve developed a lot and learned heaps in TRS. Certainly since 2015 – when the new car came – that was a time for us to ramp things up operationally and engineering-wise. We’ve come a long long way since then.”

M2 will compete in TRS “for as long as it’s around”, but as soon as the season finishes next month, its focus will switch to the Eurocup, which will be using a Tatuus regional F3 car as of this year. Toyota Racing New Zealand is set to commit to another five years supporting the championship, and is in talks to replace the current car with the Tatuus F3 chassis for the 2020 season, bringing it in line with Europe. 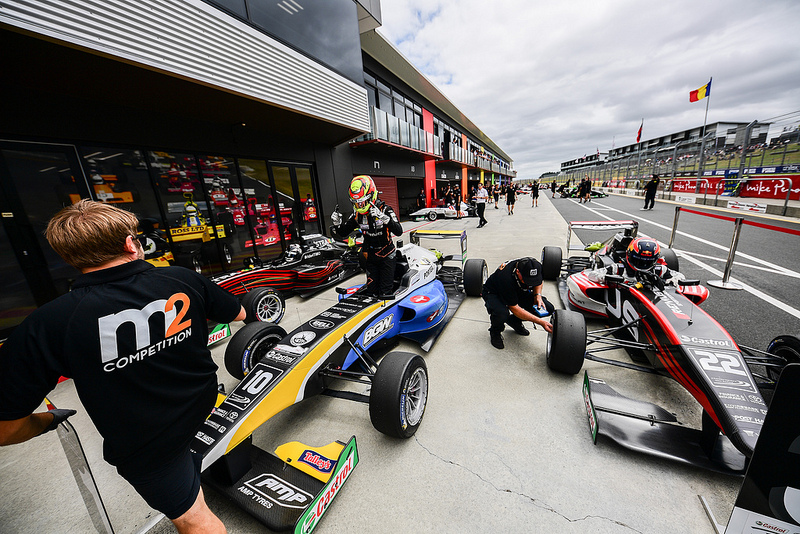 “We first looked at the Eurocup probably in early 2018,” explains Pilcher.

“It really started making sense once we saw that Eurocup was going to a new car. Because going into that championship with the existing [FR2.0] car and teams would be tough. A couple of teams have got it completely sorted, and expecting to be competitive in its old format would be difficult.”

“It’s also a good bonus for us, and was kind of part of the thinking, that the TRS car, from what we’re being told, will be identical to Eurocup but powered by Toyota.

“All the engineers are in place [for Eurocup]. Chief mechanic as well. A lot of those guys are here now, with the idea to keep the continuity. And that’s another reason behind it [the Eurocup move], we can use the same people for both programmes [without clashes].

“On the European side, I think it would just be step-by-step. Should we be successful in Eurocup, then maybe look at going further. But until we’re winning races, I don’t see any point in going beyond that.

“We’re looking forward to the challenges that Eurocup is going to throw up, and it’s looking like the driver line-up is going to be good.”

For a country that’s produced F1 world champions but never held a race of its own, it seems New Zealand’s isolated approach to single-seaters is a proven success, and will undoubtedly bring results when exported to Europe this year. 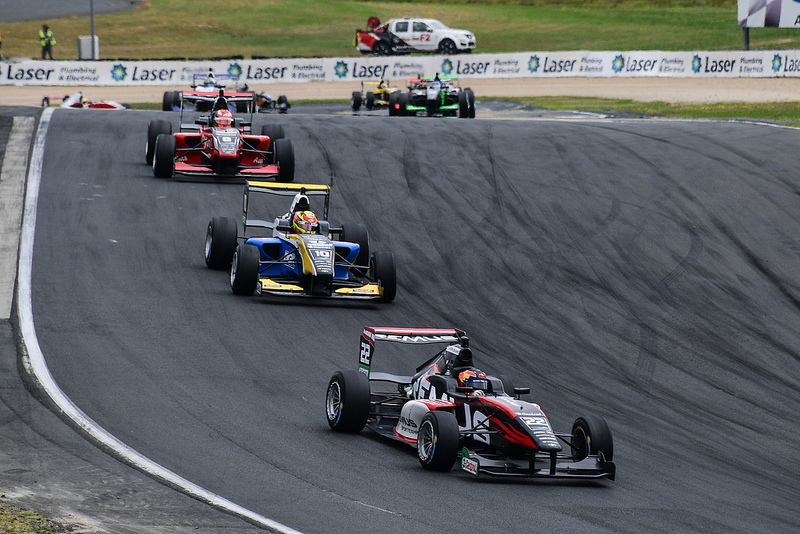