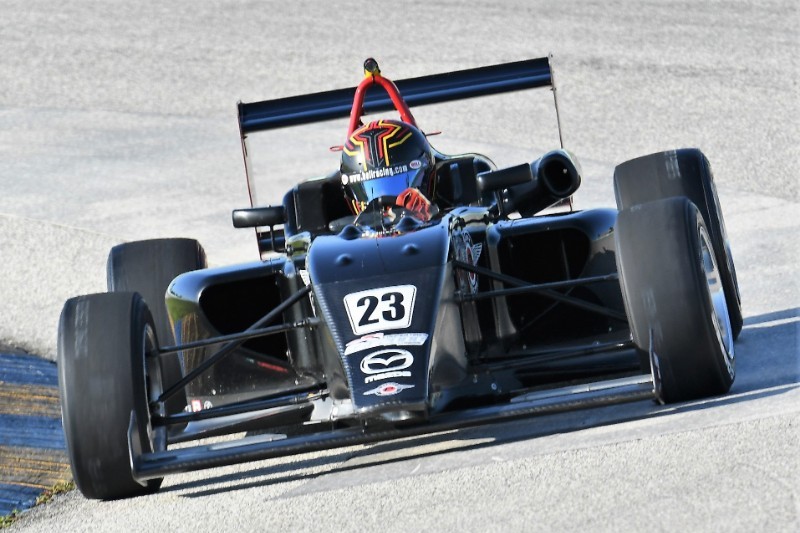 The 2019 USF2000 season, the first to be run without Mazda’s backing since the unified championship first folded back in 2006, has grown to nine cars with five recent entry announcements.

Kaminsky, 19, will be entering his third full USF2000 season, and is expecting to challenge for the title.

?My goal for the 2019 USF2000 season is to compete for wins and ultimately compete for a championship and a scholarship to Indy Pro 2000 in 2020,? said Kaminsky, who was third fastest in last month’s post-season test at Homestead-Miami.

Sundaramoorthy is still only 15 years old, but has been a winner in the F1600 Championship Series for the last two years. He previously lived in China, and appeared at one USF2000 round last year for Exclusive Autosport, taking two top 10 finishes.

?I am so excited to be driving with Pabst Racing this year and taking the next step in my racing career,? commented Sundaramoorthy.

?I?m really looking forward to the hyper-competitive experience in USF2000, and learning from my new teammates as well. My goal is to get some top-fives early in the season, then improve to podiums and wins later in the year.?

Venezuelan Anthony Famularo will move from Italian Formula 4 to race in USF2000 this year with BN Racing.

The driver signings are completed by?new team Jay Howard’s Driver Development, which will field Christian Bogle in both USF2000 and United States Formula 4. Bogle made appearances in Atlantics, the F2000 Championship Series and US F4 last year.

The Formula 1, NASCAR and Formula 3-supporting US F4 grid is now 11-strong, with both JHDD and Alliance Racing boasting four drivers on their books. Crosslink Racing with Kiwi Motorsports, DEForce Racing and Momentum Motorsports are set to run the other three confirmed entries.

Arthur Leist, younger brother of IndyCar driver Matheus, is the leading entry so far with Crosslink. The Brazilian finished ninth with the championship-winning team last year, taking two podiums in his first season of car racing.