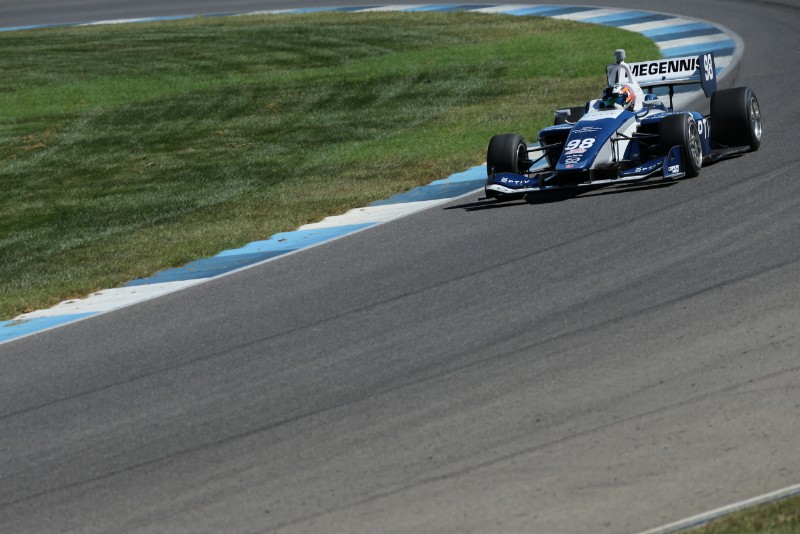 Robert Megennis will step up to Indy Lights with the title-winning Andretti Autosport squad after just one year in Indy Pro 2000.

The 18-year-old American made his single-seater debut back in 2015 in the F1600 Championship Series, before a two season stint in USF2000 where he took one victory and finished sixth in the ’16 and ’17 standings. Last year he moved up to IP2000 with Juncos Racng, taking six podiums.

?It?s an honor to be a part of such a prestigious and successful team. All of our off-season tests have been terrific, and I?ve been impressed with every aspect of the team. While I know Indy Lights will be a big jump up from Indy Pro 2000, I am confident that Andretti will give me a great car, and I am ready to get going.

Megennis joined Andretti for the post-season Indy Lights test at Indianapolis Motor Speedway last September, ending up fourth fastest on his first time in the car.

?We are thrilled to have Robert as part of the team,? added Andretti Autosport president J-F Thormann.

?Last year the team showed great strength on-track collecting 14 wins and we have no doubt our 2019 line up will be just as strong. Through winter testing, Robert has shown great speed and potential and we can?t wait to see how that translates within the season.”

Andretti has already signed Ryan Norman for the upcoming season, and is expected to also hire 2017 USF2000 champion Oliver Askew, who has been testing with the team.