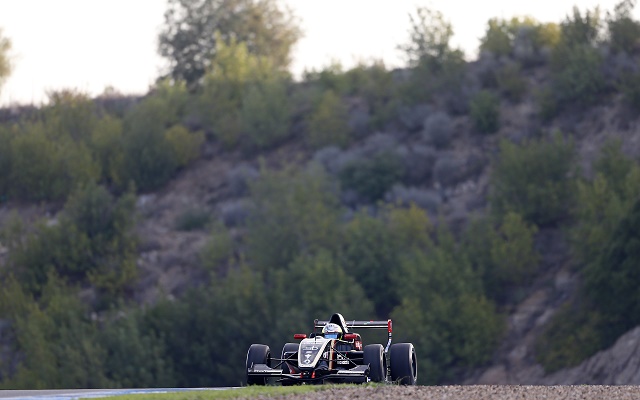 In 2012, Albon was one of many karting prodigies who entered Eurocup Formula Renault 2.0. But his debut season was anonymous, so much so that he was let go by his Red Bull overseers. His sophomore season was also nothing too impressive, compared to what drivers with the same career path like Esteban Ocon or Nyck de Vries achieved – although he did take a fine pole at Spielberg and would’ve won the race if not for a false start. Determined to prove he can cut it in in 2.0, he opted to stay in the series to finally get a proper season together and duly succeeded in the task.

He started with a fourth place at Aragon and managed the same at Spa-Francorchamps. His maiden podium finally came at Moscow and there was a pole at the Nurburgring, although he had to settle for second in the race, losing out off the line to eventual Nyck de Vries. However, every good race of his in the first four weekends was paired with a rather anonymous one, which hurt the young man in the standings.

After the summer break, he did well at the Hungaroring, taking seventh in the first race and, more notably, sixth in the second one from a lowly 15th on the grid. His third podium of the year, a third place, came at Paul Ricard, which meant he now sat fourth in the standings, with a reasonable chance to steal third from Andrea Pizzitola. The Frenchman had a bad time in the finale, while Albon drove well, making the top-five two more times to complete the championship’s top three.

He failed to win a single race in his three years of the Eurocup, but could breath a sign of relief when his first 2.0 win finally came in the NEC series at Most. His massive progress in 2014 was palpable and Lotus are right to keep him on the books as they reportedly look to place him in FIA F3.

Next: And the winner is…