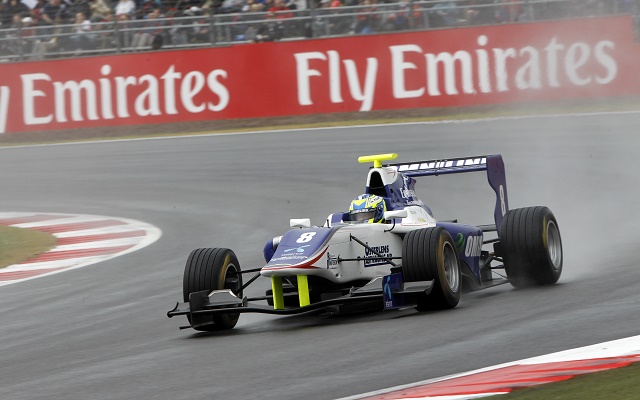 Jimmy Eriksson has always seemed like a pretty solid driver. A race winner in championships like Formula Renault 2.0 NEC and German F3 in his first two years of racing, he struggled somewhat in the F3 Euro Series before returning to German F3 and winning it with confidence in 2012.

His next move to GP3, however, turned out to be a disaster. While his team Status noticeably struggled all year, they did eventually pick up a podium via guest Alex Sims. Eriksson, however, couldn’t score any points and only made the top-15 on two ccasions.

Although his similarly unsuccessful teammate Josh Webster left GP3 and single-seaters for good, Eriksson would not quit, instead opting to stick around for a second year, this time with Koiranen.

It proved to be a great decision for the Swede, whose start to the season was as good as anyone could have expected. At the Catalunya opener, he was the only person who could keep up with race winner Alex Lynn, while, at Spielberg, he made the podium on both occasions.

His form did not dip at that point as he took pole position and his maiden win at Silverstone, becoming Lynn?s biggest rival in the standings. His next three weekends were very much unspectacular, but he returned in style at Monza, claiming another victory.

As the season wound down, he couldn’t quite match the pace set by Dean Stoneman and Marvin Kirchhofer so he had to settle for fourth in the standings.

Still, improving from twenty-fourth to fourth in the standings in a year is a huge achievement. Eriksson was never the best around when it came to performing as a rookie, but he always seemed to kick into gear with more experience – and GP3 turned out to be no exception. It was just tough to expect that he’d be this quick after such a troubled 2013.