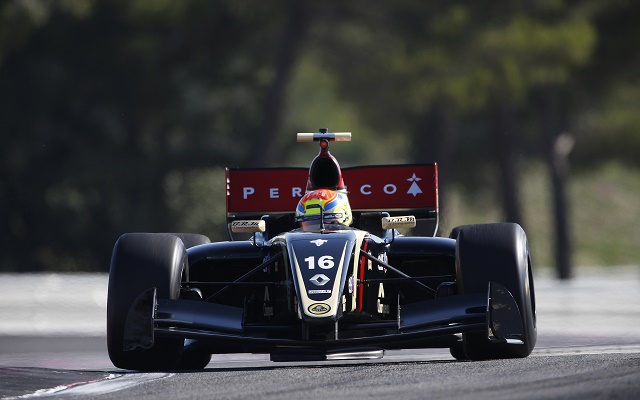 Five races into his Formula Renault 3.5 debut season and a month ahead of a planned Le Mans 24 Hours debut, Matthieu Vaxiviere fractured a vertebra at Monaco and was ruled out, missing two rounds of his main series and one of the most prestigious races in the world.

Who could’ve foreseen then that instead of losing morale and having his rookie season derailed, he’d return better than ever, going on to finish a superb eighth in the overall standings?

Vaxiviere has long been an enigma in junior single-seaters. In 2011, he beat the likes of Pizzitola and Gasly to the French F4 championship, only to score just a single solitary point during his Eurocup debut with Tech 1 a year later.

He kicked off his sophomore FR2.0 campaign with a phenomenal double at Aragon, setting up a title challenge that never followed, as he only scored seven more points during the rest of the campaign.

He fell out with Tech 1, missing the final round of the season and possibly signaling the end of his junior single-seater career, but had the funds to move up to 3.5 with Lotus.

On his Monza debut, he went off at Parabolica and clattered the barriers, although two very good points-scoring races at Alcaniz followed.

After his injury, he returned at the Nurburgring and finished 13th in his comeback race. And that would be his only finish outside of the top eight for the rest of the season.

Second in race two of his return weekend. Third on home turf at Paul Ricard. Fourth at Jerez. He scored points for seven consecutive races and, despite missing two rounds, overtook his more experienced squadmate Marlon Stockinger in the points.

And then there was the small feat of topping five collective testing sessions during the post-season.

Joining endurance racing would be lauded as a smart career move earlier this season, but now it’s obvious Vaxiviere has a lot of unfinished business in single-seaters. He deserves another year with Lotus and, perhaps, a full-time place in their junior academy ? and, according to rumors, both of those things might be on the cards. Fingers crossed.