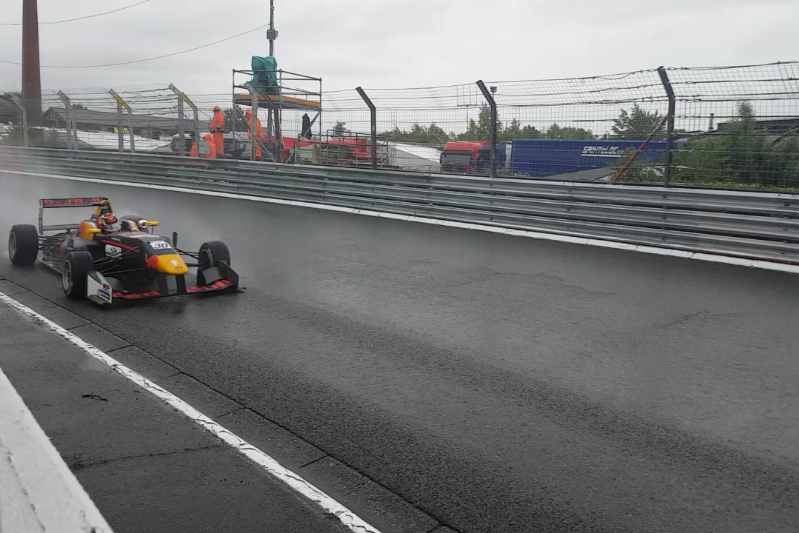 The Motopark quartet were fairly quiet in the first half of the wet session, with Double R Racing’s Linus Lundqvist and Carlin’s Teppei Natori trading top spot when the track was at its wettest.

Hanses moved to the top just before the end of the first runs, by over six tenths of a second, and as the cars returned to the pits the rain subsided slightly.

It picked up again when the drivers headed out on track again, but they were quickly up to their previous pace and Motopark took control at the front.

Hanses bettered his benchmark down to a 1m23.751s, but in the closing minutes he was pushed off top spot by team-mate Lawson, who set consecutive fastest laps to end the session with a 1m21.846s lap. Only two tenths split the top two, but third placed Motopark driver Yuki Tsunoda was a further second behind.