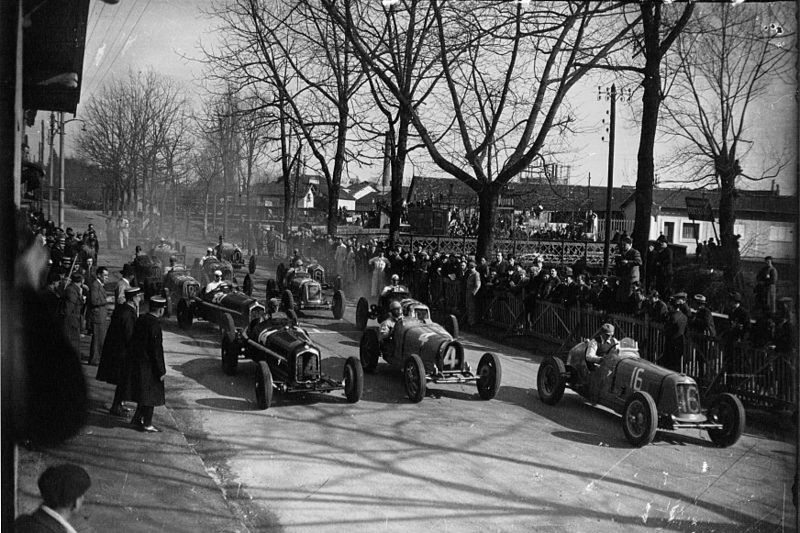 A race won by seven Formula 1 world champions, that’s counted towards European Formula 2, International Formula 3000, FIA European Formula 3 and oddly the World Touring Car Championship, and can claim to be longer lasting than all but four F1 grand prix almost didn’t happen at all in 2019.

When news emerged that the FIA was planning to replace European F3 with a brand new, more powerful championship for 2019 it became clear that Pau would be one of the many casualties. This was because the new championship would race solely as an F1 support series, and F1 hasn’t visited the circuit with modern machinery since 1963.

Promoters of the supporting Formula Renault Northern European Cup championship told Formula Scout that it would still be racing at Pau in F3’s absence, but in late 2018 that too discontinued. Fortunately, the GT Sport-ran Euroformula Open championship took up the buck and squeezed a visit to the French side of the Pyrenees mountain range into its 2019 calendar.

The addition of Pau is one of several exciting changes to what’s now Europe’s leading true F3 championship, which has become?an open-engine formula for the first time and has one of its strongest grids in years.

With Macau seemingly headed to the new FIA F3 regulations used on the F1 support bill, and the New Zealand GP set to switch to regional F3 rules next year, Pau is now a lonely bastion in not just the ‘great races’ outside of F1, but of traditional F3.

Pau’s longevity has been achieved by not tweaking a successful format, which applies to the circuit layout (unchanged since the second edition of the grand prix in 1935) and the French?Federation of Automobile Sport’s organisational approach.

FFSA vice-president and Grand Prix de Pau coordinator Joel Do Vale chatted with Formula Scout on Thursday (the day before on-track action begins) about how the event is run today.

“I’ve been co-ordinating this race for 10 years, and it’s almost the same ways [as when I started]. We’ve updated on safety [to comply with modern legislation], but the track is exactly the same from the beginning.”

Despite being used all day round every day outside of race weekends, Pau’s asphalt has a longer shelf life than some Formula 1 circuits and usually gets relayed around every five years. According to Do Vale, “when you change the asphalt, I think the grip is 1 to 1.5 seconds less.”

One of the reasons street circuits often disappear after a few years is the disruption to local life. The Formula E races at Battersea Park and in downtown Montreal in 2016 and ’17 are recent examples of that. Although holding the London E-Prix in a Grade II-listed Victorian park avoided closing public roads, the infrastructure from the races was left there for way longer than promised, and the amount of Montreal that got shut down for FE created a major backlash.

“Pau takes six weeks to build up, and three weeks to break down,” says Do Vale, just as a family car whizzes past at a considerably slower pace than a F3 car down the pit straight.

“The roads are closed on Friday morning at six, free practice starts at eight-ish. So we have to be ready on time, but normally it’s good.”

Europe’s best street circuits of the past for single-seaters

Nearly every problem the Pau GP faces has been present since its first race in 1933 (which was hit by snow), meaning solutions of the past still work now – or in some cases there’s no solution and it becomes another challenge for drivers, such as the leaf-shedding trees.

“It’s a problem. Yeah, but it’s like that. It’s Pau. Everybody knows that,” Do Vale affirms.

As mentioned above, considering local appetite is important to a street race’s chances of success, and Pau has to look beyond the core single-seater fanbase to run a popular event.

Indeed, the pack of French GT series cars tearing around the streets on the Saturday night is one of the big spectacles of the weekend.

The enthusiasm of the organisers for this year’s grand prix extends to the promoter of EF Open, which is visiting a street circuit for the first time since it christened the Valencia F1 track in July 2008.

Unfortunately there’s a diminished grid from the season opener, but with three Red Bull juniors (one pictured below), two F3 champions and the likelihood of rain the challenge is sure to be as equal to when the likes of Juan Manuel Fangio, Jim Clark or Lewis Hamilton were winning the race. 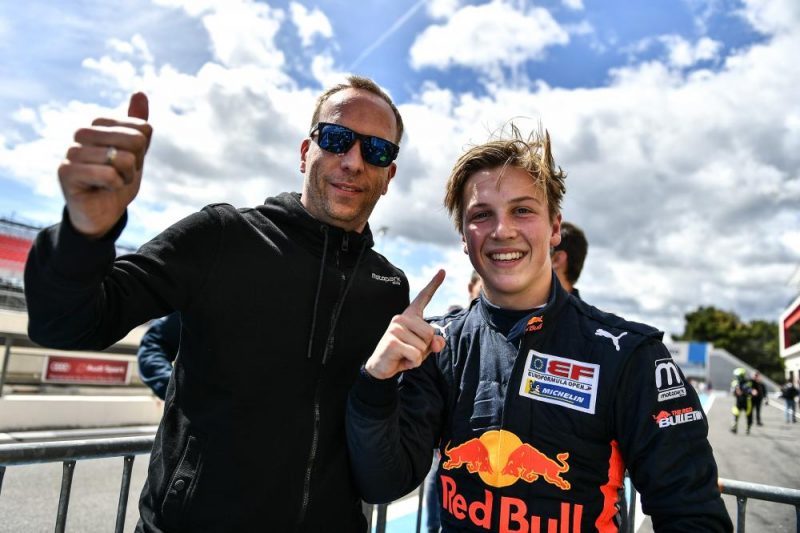