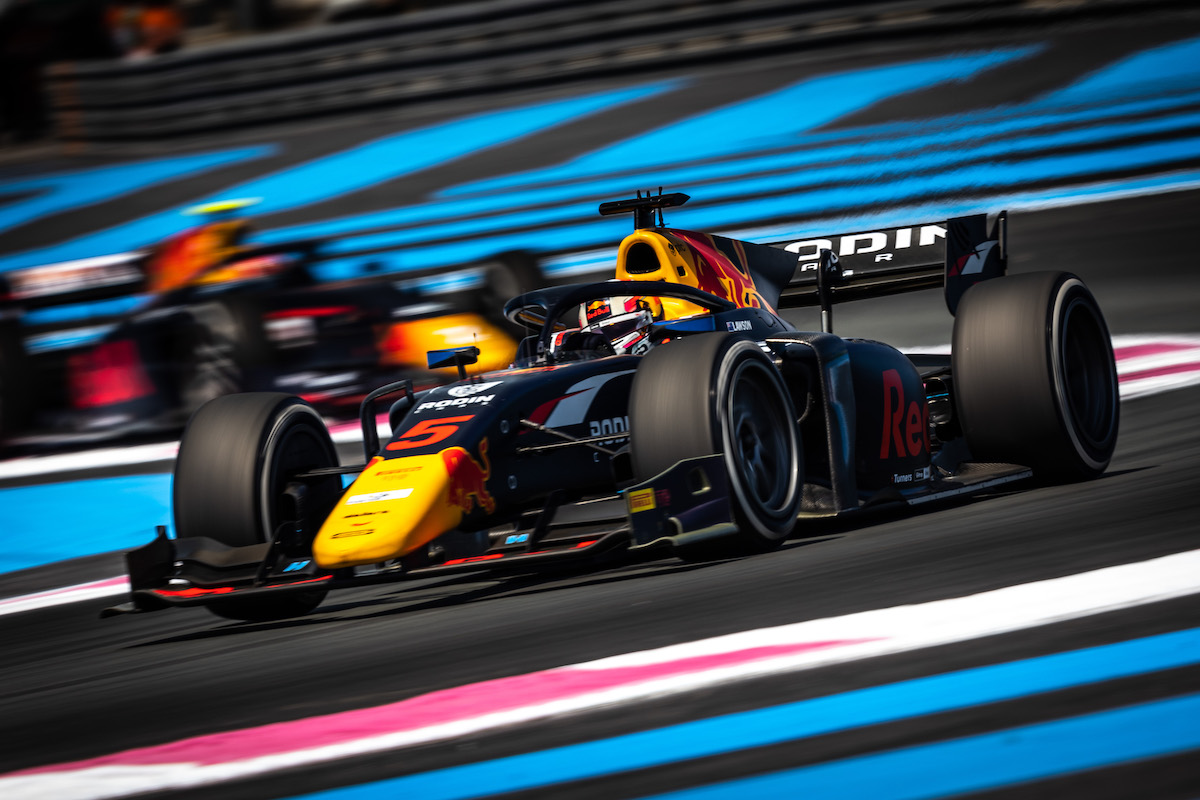 Liam Lawson recovered from a slow start to take victory in the Formula 2 sprint race at Paul Ricard.

Having lost out to compatriot Marcus Armstrong at the start, the Carlin driver retook second on the fourth lap and was immediately able to reduce the two-second gap to leader Jehan Daruvala.

The Prema driver managed to hold on to the lead after a safety car restart but could not pull ahead of the challenging Lawson who made his move for the lead on the 16th lap into the chicane on the Mistral straight.

Daruvala defended the inside but a clearly quicker Lawson was able to get alongside under braking, surviving some minor contact between the two Red Bull-liveried cars to emerge ahead, before pulling away to take a deserved win.

Daruvala held on to second place despite a late challenge from Armstrong. The Kiwi got a run into the chicane three laps from the finish, diving to the inside but lost out more as both ran off the track, coming under immediate pressure from a chasing Pourchaire.

Pourchaire forced his rival wide into Le Beausset in a move which is under investigation to take third, holding off his championship rival, a circumspect Felipe Drugovich, to the flag.

Virtuosi’s Jack Doohan ran in fifth at the rear of the leading group for the duration of the race without ever being in a position to challenge for a higher position or coming under threat from those behind.

Juri Vips, Frederik Vesti and Ayumu Iwasa took the final points positions ahead of the unfortunate Armstrong who plummeted down the order in the final laps to come home ninth. Iwasa pulled off a daring move on Logan Sargeant before taking eighth from Armstrong on the last lap.

Starting from the pits after being one of three cars to stall at the start of the formation lap, Charouz’s Enzo Fittipaldi was flying in the early stages on the soft tyres setting a series of fastest laps. However, an optimistic move on Campos’s Roberto Merhi saw the Brazilian hit the bollard on the inside kerbing before spinning across the track. His stranded car was hit by Amaury Cordeel, forcing the retirement of both and causing the race’s only safety car period.