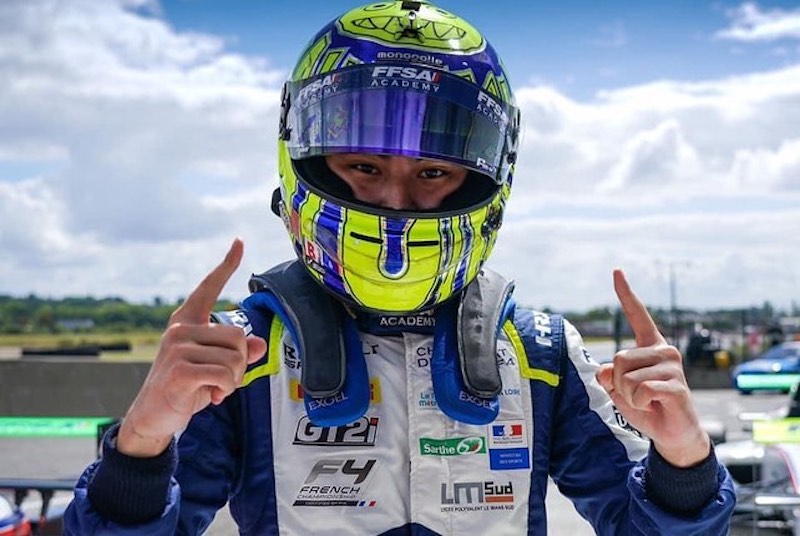 Honda junior Ayumu Iwasa came from fourth on the grid at Zandvoort to deny Marijn Kremers victory again in the third and final French Formula 4 race of the weekend.

Iwasa made up one place at the start of the race from Valentino Catalano and then focussed his attentions on Kremers as Ivan Peklin led from pole position.

Catalano got back past Iwasa into Tarzan at the start of lap two, with the two drivers then spending most of the rest of the lap running side-by-side before Iwasa clinched third position.

All that released Kremers to start pressuring Peklin for the lead and the Dutchman moved ahead going into Tarzan for the fourth time.

Iwasa began attacking Peklin later in that same lap, with some minor contact between the two before Iwasa eventually got by into Tarzan on the following lap.

The safety car was deployed after Sami Meguetounif spun and stalled his car, with seven minutes left on the clock at the restart.

One lap later, Iwasa went side-by-side with Kremers down the pit straight and passed his rival around the outside of Tarzan to take the lead.

From there Iwasa pulled away and took his fourth victory of the season by four seconds.

Catalano and Isack Hadjar followed Iwasa past Peklin before the restart to finish third and fourth – the latter after starting eighth on the grid.

Peklin was delayed and ultimately retired following an unseen incident with Rafael Villagomez that is under investigation.

Villagomez lost out in a battle with race two winner Romain Leroux on the final lap, with Ren Sato also getting by Villagomez to recover to sixth place having dropped down to 10th place with a bad start.