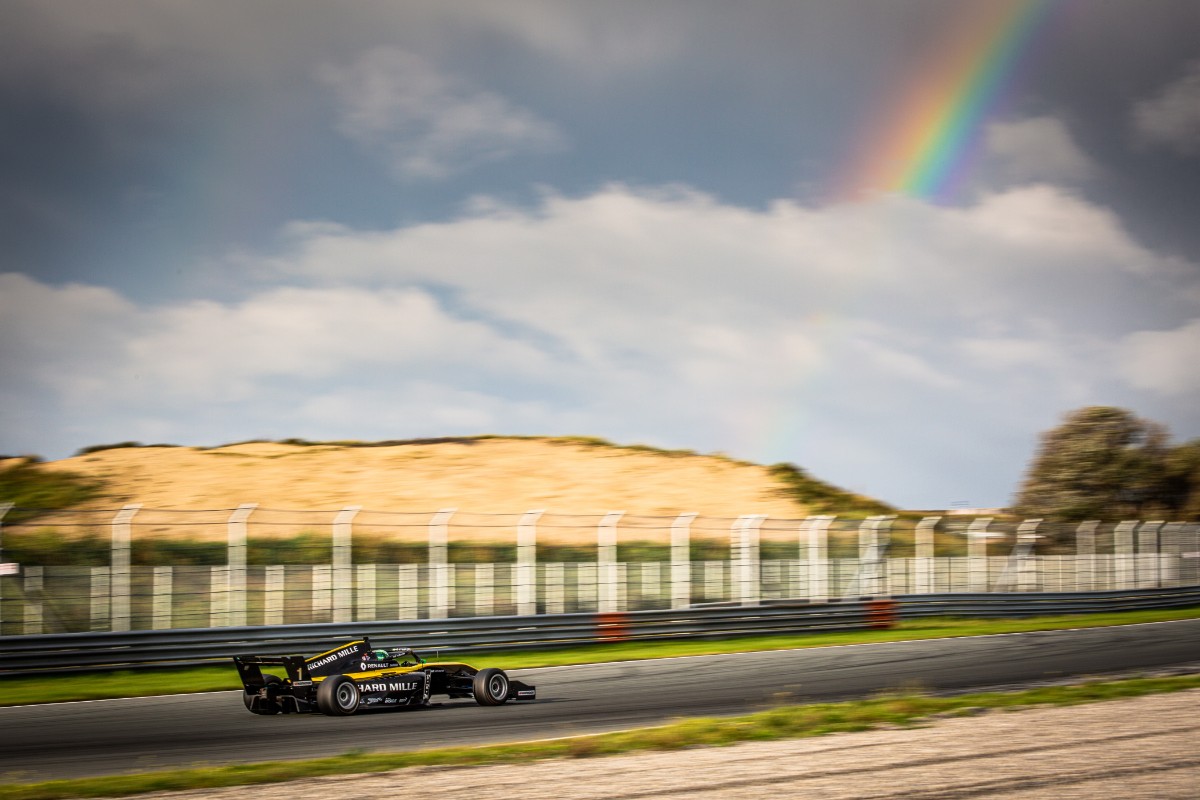 R-ace GP’s Collet made a fast getaway from his second pole position of the season, while series rookie Paul Aron demoted his ART Grand Prix team-mate Martins to third place when he passed him at the banked Turn 4.

Collet led every lap of the race to take claim his third win of the season and move to within two points of title rival Martins.

MP Motorsport’s Franco Colapinto – returning to the podium for the first time since the season opener at Monza – was over 18 seconds adrift of Collet in third place.

Aron dropped out of that position with just under 10 minutes of the race remaining with a suspected mechanical failure.

Spanish karting graduate David Vidales charged from eighth on the grid to finish in fourth place for JD Motorsport, ahead of Eurocup veteran Lorenzo Colombo (Bhaitech).

R-ace GP’s Petr Ptacek rounded out his best weekend of the season in sixth place, with Tijmen van der Helm earning his best result since the first race of the year in seventh.

Gregoire Saucy was eighth ahead of MP’s Roman Stanek, who scored the first points of his debut Eurocup weekend with MP Motorsport after racing in FIA Formula 3 Championship this year. The top 10 was rounded out by JD’s William Alatalo.

Amaury Cordeel was unable to start from fifth place on the grid after his car ground to a halt on the way to the grid prior to the race.