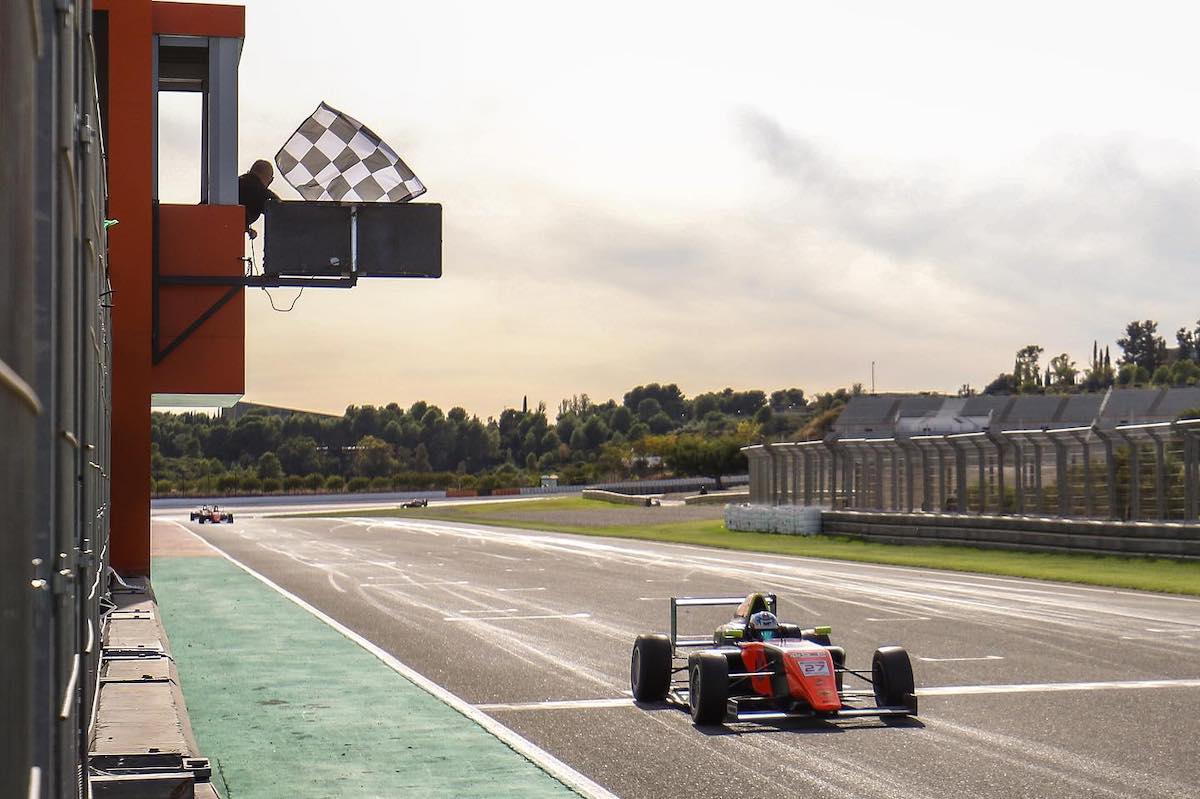 Kas Haverkort secured his second hat-trick of the Spanish Formula 4 season in race three at Valencia, although an intra-team collision denied MP Motorsport another podium lock-out.

From pole position Haverkort maintained the lead at the start ahead of fellow front-row starter Mari Boya, but there was contact behind them at Turn 1 between fellow MP drivers Joshua Dufek and Thomas ten Brinke.

Both drivers had to pit with damage – ten Brinke returning to the track with a new front wing while Dufek retired.

Boya pressured Haverkort throughout the first half of the race but couldn’t find a way past the championship leader around the Ricardo Tormo circuit.

He then picked up a two-second penalty for exceeding track limits and dropped off over the rest of the race, finishing it 3.838 seconds behind Haverkort on track.

Boya held onto second place despite his penalty, with SMP protege Ivan Nosov taking his maiden podium finish in third for Drivex following his charge from 20th to eighth in race two.

Quique Bordas came from 11th on the grid to finish fourth ahead of his Praga F4 team-mate Carles Martinez, who maintained fifth despite seven seconds of track-limits penalties.

Valdemar Eriksen took the flag in seventh place but a seven-second penalty demoted him to 14th. Oliver Goethe was 15th after stalling at the start.