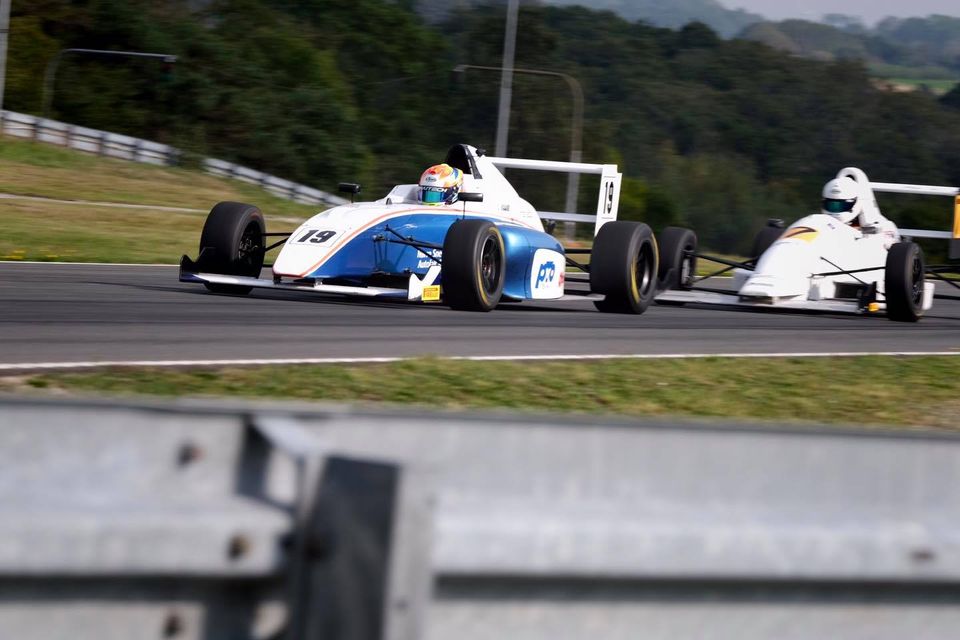 Sebastian Ogaard dominated the final Danish Formula 4 race of the weekend at Ring Djursland until it was shortened by a safety car period caused by Juju Noda.

Team FSP driver Ogaard made the best start of anyone from pole position, and set off sprinting away from the get-go.

His team-mate Benjamin Frislund made an alright launch from second place and stayed there unopposed, while a train of cars formed behind William Wulf in third.

Championship leader Conrad Laursen was the first to try attacking Wulf but had no luck, and he was overtaken by the fast-starting Juju Noda end of lap four.

She hunted down Wulf but also couldn’t find a way to make a pass, until the end of lap 12 when she took the inside line for the duration of the long final corner. Noda locked up a first, but had the car under control as she aimed for the apex.

As Wulf also headed towards the inside of the corner they made contact, with Noda’s front-left wheel rubbing against Wulf’s right-rear and flicking him up into the air and around. He ended up reversing into the barriers, with Noda following him in a second later.

With no easy way to remove either car, the safety car led the field for the rest of the shortened race, and Formula 5 class winner Mads Hoe was the chief beneficiary as he completed the podium behind Ogaard and Frislund.