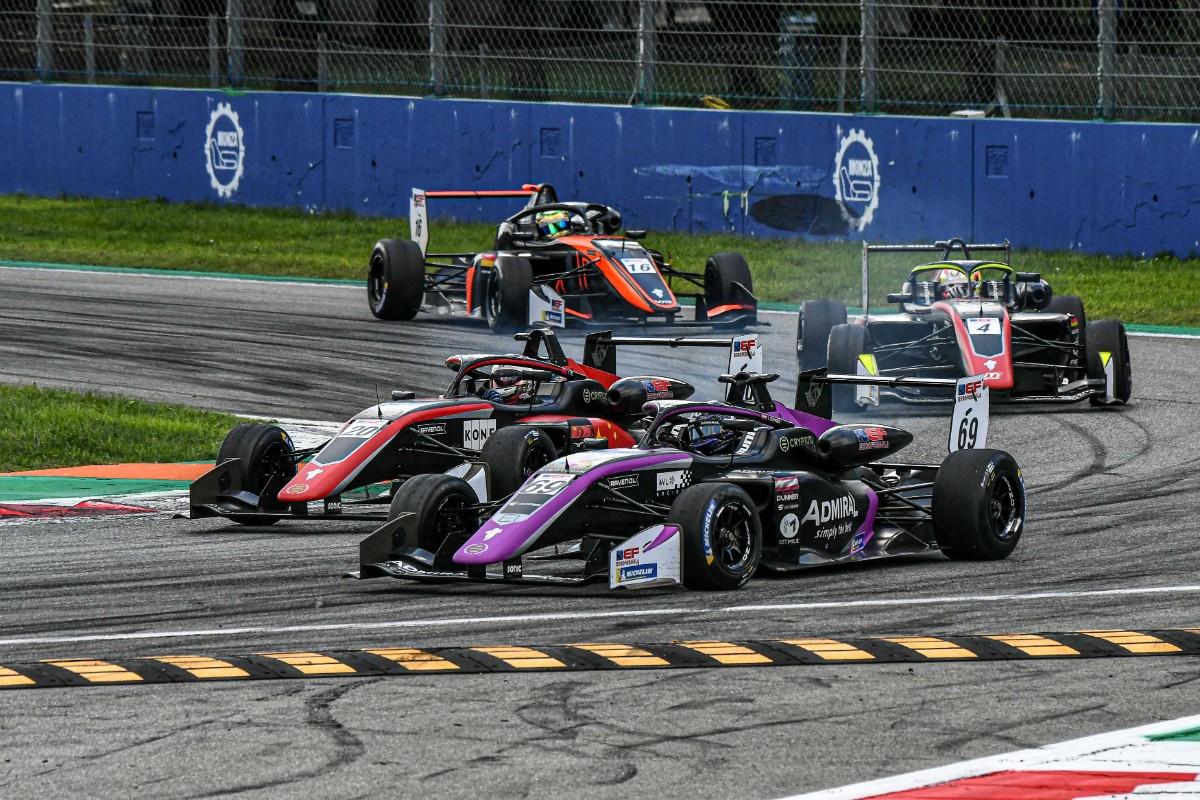 Ye started from pole and led the first few laps from Dunner, before the Austrian took the lead around the outside of the first corner.

After one counter-attack from Ye, Dunner was then able to concentrate on his race up front as Motopark’s Niklas Krutten passed Ye and the Chinese driver had to spend many laps trying to find a way back into second place – while also under pressure from Van Amersfoort Racing’s Andreas Estner behind.

When Ye eventually did make his way back past Krutten, he was sucked into Dunner’s tow but could do nothing to stop his CryptoTower team-mate from winning. Dunner’s third win from the five races he’s contested this year means he’s already Ye’s closest opponent in the title race.

Estner’s pace faded late on and he finished fourth behind Krutten, while Ayrton Simmons came out on top from early battles with Carlin’s Zane Maloney to claim Double R Racing’s best result of the season in fifth.

Maloney lost sixth to Motopark’s Cameron Das as the result of a track limits penalty, and VAR’s Sebastian Estner finished a lonely eighth.

The most notable incident of the race was when VAR’s Alexandre Bardinon and CryptoTower’s Rui Andrade made the slightest contact  but the result was punctures for both drivers.