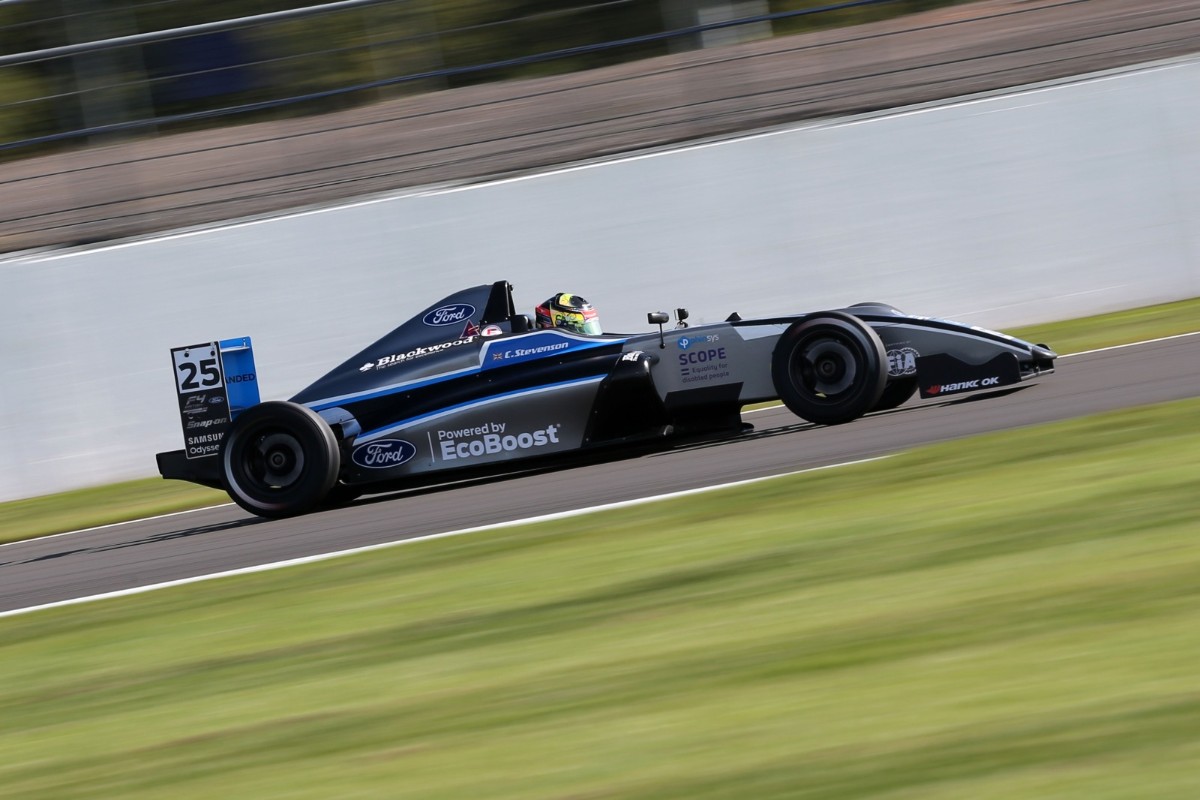 Casper Stevenson picked up his and Argenti Motorsport’s first wins in British Formula 4 in the third race at Silverstone.

The victory means every team competing in the 2020 British F4 championship has now taken a race win.

Stevenson started second, but a relatively poor start from poleman Alex Connor allowed him to snatch the lead off the line.

He then slowly edged away from the Arden driver over the first half of the race, building a gap of almost a second before an off for JHR Developments’ James Hedley brought out the safety car.

When racing resumed with four minutes on the clock, Connor stuck with Stevenson, but couldn’t stay close enough to make a move and Stevenson held on to take the chequered flag 0.852 seconds ahead.

Hedley’s off wasn’t his first incident of the race. He and team-mate Abbi Pulling had been battling for position when they made contact. Hedley was sent into a spin while Pulling dropped back to ninth. He was able to continue and managed an impressive move past Pulling and Reema Juffali to take eighth, before running wide into the gravel and beaching his car.

Championship leader Luke Browning had a fairly anonymous race. He challenged title rival Zak O’Sullivan in the opening laps before the Carlin driver broke free. Through the second half of the race he had Arden’s Roman Bilinski close behind, waiting to take advantage of any mistake, but Browning didn’t put a wheel wrong and finished fourth.

Carlin’s Christian Mansell passed Frederick Lubin to take the rookie class victory in the closing stages of the race, finishing sixth overall ahead of Pulling and Juffali.

Lubin dropped back to ninth, while Matias Zagazeta completed the top 10.