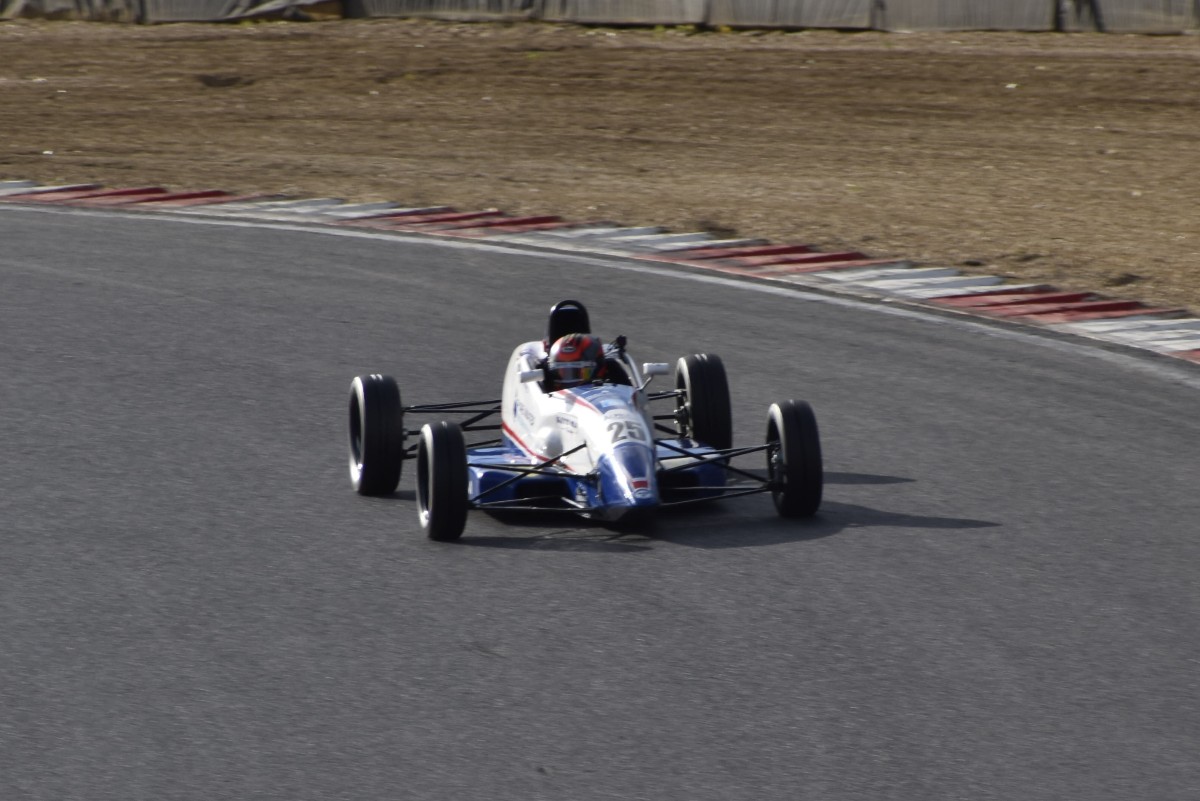 Neil Maclennan made it four wins out of five in BRSCC National Formula Ford 1600 this year in a typically frantic final Brands Hatch Indy race.

Reigning champion Ross Martin led from the start of the reversed grid encounter and was able to open a gap to Low Dempsey Racing’s Bryce Aron early on.

At one point during the 15-minute race, the gap opened up to almost two seconds – by far the biggest during any of the three races this weekend.

Team USA scholar Aron started to come back at Martin as the race edged towards the midpoint, and gave a handy tow to those behind including team-mate Jonathan Browne, Kevin Mills Racing’s Maclennan and B-M Racing duo Jamie Sharp and Rory Smith.

Aron couldn’t get past Martin, and Maclennan and Smith came through to put more pressure on the leader.

Martin rounded out the podium with third, ahead of Browne and Aron.

Swift Cooper’s Luke Cooper was able to get onto the back of the leaders towards the end but could only finish sixth, inheriting the spot after Sharp’s engine expired with just less than two laps to go.

Race two winner Chris Middlehurst didn’t get a good start, was forced wide at Paddock Hill Bend on the first lap, had a spin fairly early in the race that dropped him 18th. His recovery only brought him back up to 14th and he’s dropped from second to fourth in the points.

In the BRSCC Northern FF1600 classification, Peter Daly was able to resist Samuel Harrison to the line by just a few hundredths of a second in a photo finish.