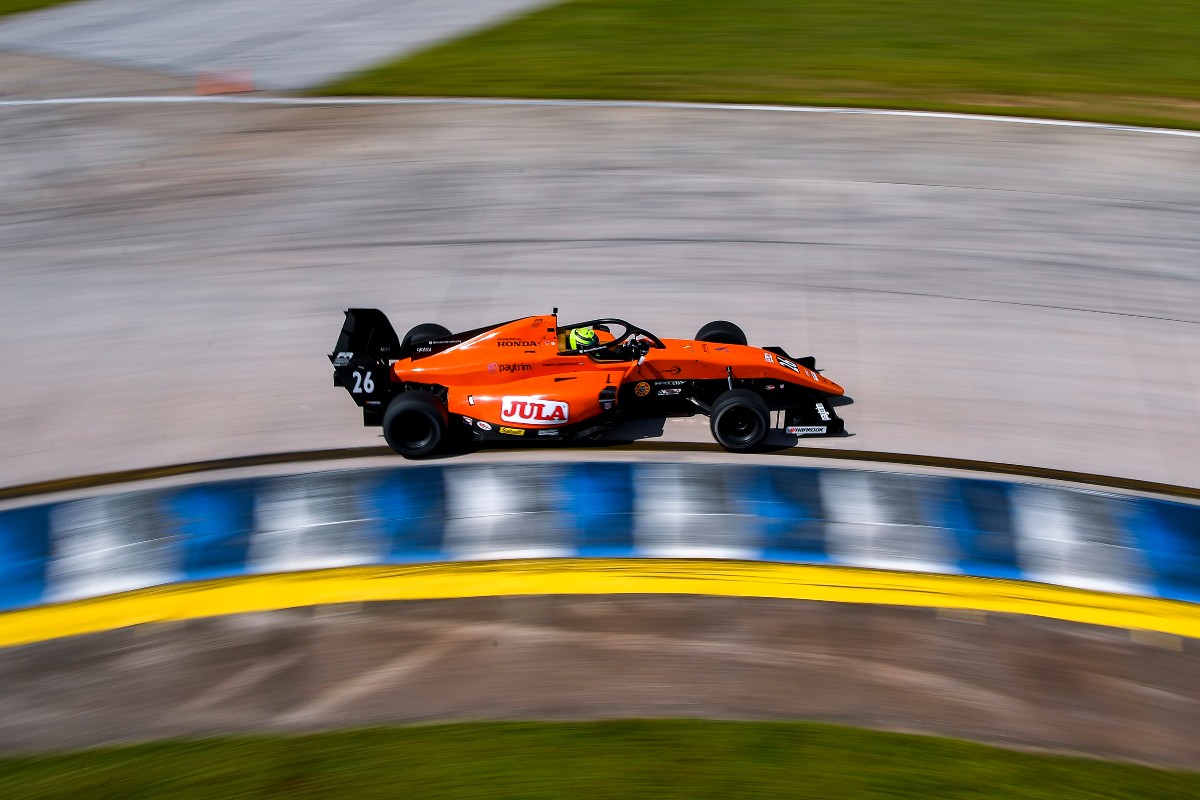 Linus Lundqvist tightened his grip on the Formula Regional Americas Championship as he added two more wins to his name at Sebring.

But it wasn’t plain sailing for the Swede in the first race of the weekend.

Lundqvist led early on, but it was Danial Frost and David Malukas who soon took over at the front.

Malukas and Frost had built a lead of eight seconds over Car, but this was wiped out due to a full-course yellow. Malukas held on to take his maiden win, with Franzoni nicking third place from Car.

Lundqvist’s run of eight consecutive wins was brought to an end thanks to his engine cover departing his Global Racing Group entered Ligier JS F3, as he was classified in sixth.

Malukas initially led the second race from pole, but was hunted down by Lundqvist.

The race resumed with Malukas holding the lead as Lundqvist battled with Franzoni for second, with Jacob Abel not far behind.

Malukas then spun out of the lead, rejoining 13 seconds down to Lundqvist.

The 2018 BRDC British Formula 3 champion went unchallenged to claim his ninth race win, with Franzoni in second and Abel taking his first podium of the season in third place after Car fell down the order.

After their accident in the second race, Frost and Missing did not take the start for the third race.

Lundqvist led from the start once again, but the race was soon under a full-course Yellow after Car stopped with a broken left-rear suspension at Turn 7 after making contact with Abel. Abel pitted to have his car checked, but rejoined without losing a lap.

Lundqvist soon pulled a gap of two seconds over Franzoni and a further second on Malukas.

Once again Lundqvist went unchallenged by his rivals and he took his 10th win of the season by 2.5 seconds ahead of Franzoni and Malukas taking another podium despite being over seven seconds behind the winner.

James Roe took his best result of the season in fourth, and Abel recovered to finish fifth.

Lundqvist will have his first chance to secure the title at Homestead-Miami next month.