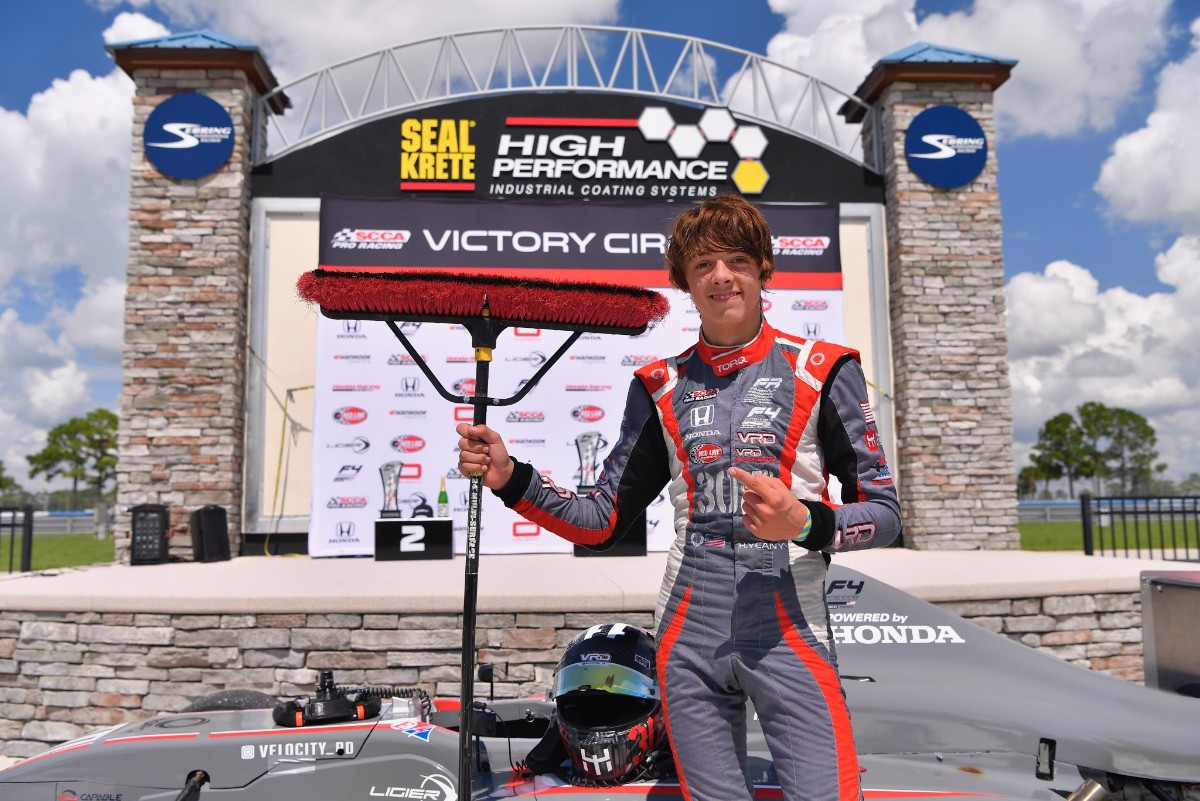 Hunter Yeany strengthened his lead at the top of the United States Formula 4 championship with a hat-trick of wins at Sebring.

After delays due to standing water, it was Jose Blanco-Chock who set pole position in an attempt to rescue his title hopes.

But it wasn’t to be for the Crosslink/Kiwi Motorsport driver as he was forced to start race one from the back of the grid due to an issue with his steering wheel.

The race was soon under a full course yellow, and subsequently a red flag, after Dylan Tavella lost control and – when sliding off track – collected Josh Sarchet.

But at this restart Yeany caught the leaders napping and took the lead. Blanco-Chock charged through the field to take second, with Evans claiming his maiden podium in third.

Blanco-Chock was on pole for race two and built a early lead of a 1.5 seconds over Yeany.

Kohlbecker was forced into the pits with a brake issue from fifth place, after being in close contention with Evans and Jeremy Fairbairn for the podium.

Yeany soon set about closing down Blanco-Chock, and set fastest lap in the process. On the penultimate lap he took the inside line heading into Turn 1, and diced with the Puerto Rican, who went off track on the last lap and effectively handed Yeany victory.

Tavella and Cade McKee were 12s back in second and fourth.

Yeany started race three from pole but he couldn’t pull away as a FCY was needed to move Evans, whose car had been stopped by a mechanical issue. Debutant Vincent Khristov meanwhile ended in the pits with a damaged nose, and his team-mate Kohlbecker retired.

At the restart Christodoulou made a hard impact with the barriers, and that forced the race to go back under FCY to the finish. Yeany won, ahead of Tavella, McKee, Fairbairn and Blanco-Chock.

Tavella has a 90-point lead, and could win the title at Homestead-Miami Speedway next month.