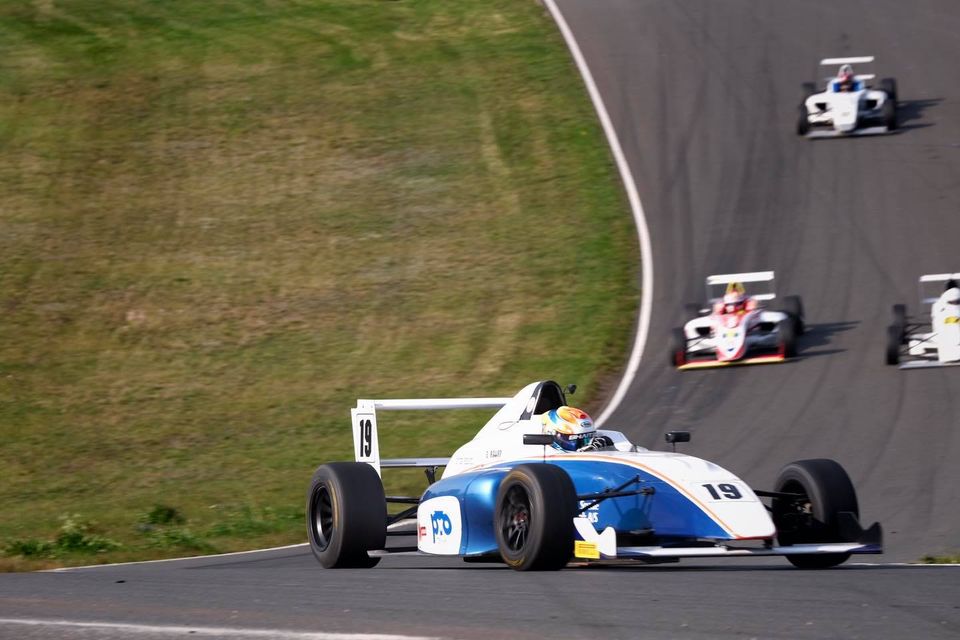 Ogaard started sixth on the reversed grid for the race, but was up to second by the end of the opening lap and attacking F4 driver and polesitter Jacob Bjerring for the lead.

Bjerring had superior traction out of most corners and held onto the lead for seven laps for eight laps before Ogaard finally found a way ahead. Once in the lead he was untouchable and pulled away for a dominant win.

The strong defence from Bjerring continued, but he eventually slipped down the order in the 19-lap race and finished fifth.

Lucas Daugaard finished in sixth and was second in the Formula 5 class behind Bjerring, while Juju Noda recovered from a early spin at the penultimate corner to take seventh. She has now slipped down to sixth in the points though.