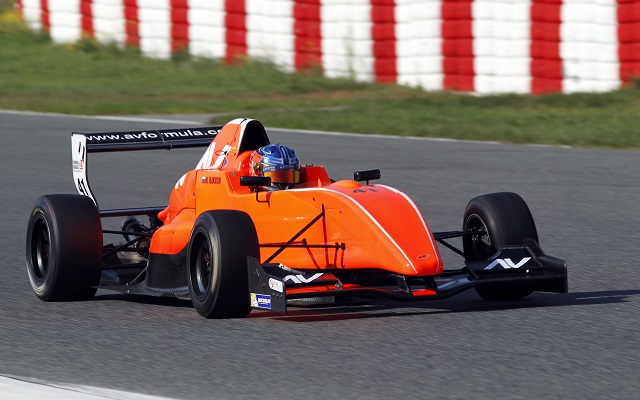 The Russian outpaced Eurocup regulars Nyck de Vries and Alexander Albon in a close fight for the top of the timesheets.

He would remain there for most of the running, to be temporarily deposed with just over thirty minutes remaining as Andrea Pizzitola took over at the top. However, de Vries would be shortly given back the benchmark after it was revealed that the Frenchman’s car was underweight, which resulted in the deletion of his time.

It looked as though de Vries would finish first when, with less than ten minutes left to run, Isaakyan stunned the field to set the new fastest lap. The French F4 graduate would then remain in first until the checkered flag, narrowly ahead of de Vries.

Albon was a close third ahead of Swiss duo Kevin Jorg and Levin Amweg in fourth and fifth respectively. NEC graduates Dennis Olsen and Matthew Parry, Pizzitola and Eurocup sophomores Egor Orudzhev and Bruno Bonifacio rounded out the top ten.

Following the slight delay at the start, the session was stopped after thirty minutes due to simultaneous mechanical problems for Pizzitola and American Ryan Tveter. The running was once again red-flagged with just over an hour remaining as track marshals had to recover to AV Formula car of Inigo Bikuna from the gravel trap.