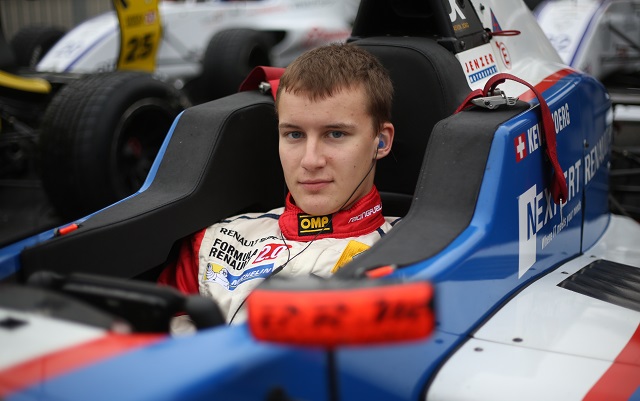 Swiss racer Kevin Jorg emerged as the quickest driver of the 33-car Eurocup Formula Renault 2.0 field on the first day of pre-season testing at Aragon.

Jorg, who has already secured a 2014 drive with Josef Kaufmann Racing, stormed to the front with a number of solid flying laps in the final hour of the session and would end up unmatched until the checkered flag.

There was little activity at the start of the afternoon run and, with less than ten times on the leaderboards, it was Manor MP prospect Matthew Graham who led the proceedings.

However, as the track got busier, Koiranen GP’s Nyck de Vries would again lock out the top spot, maintaining the lead for most of the session. Coming into the final hour, de Vries was dethroned by morning pacesetter Matevos Isaakyan who remained as the benchmark until Jorg’s surge.

Experienced FR2.0 racers Andrea Pizzitola and Ignazio D’Agosto were seventh and eighth, with Martin Rump and Egor Orudzhev closing out the top ten.