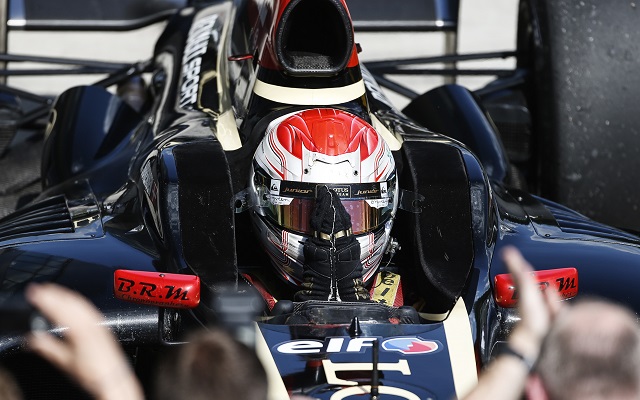 Lotus junior driver Marco Sorensen will continue in Formula Renault 3.5 in 2014, having signed a deal to race for French squad Tech 1 Racing.

The 23-year-old Dane will be entering his third year in the category, having previously done two seasons with Charouz-operated Lotus WSR squad. He will combine his racing programme this year with a reserve and development driver role with the Lotus F1 Team.

Sorensen made his debut in FR3.5 in 2012 and managed to take sixth in the standings, managing a rookie victory in the fourth race of the season at Spa. In 2013, Sorensen had a tough first half to his campaign, but managed to recover by winning both races of the round at Spielberg and finishing an overall seventh at the end of the year.

Prior to his 3.5 exploits, he took wins in Formula Ford categories, as well as ADAC Formel Masters and Formula Renault NEC, while in 2011 he finished runner-up to Richie Stanaway in German F3.

The illustrious Dane’s move to Tech 1 has been supported by Saxo Bank, who have recently become a major sponsor of the Lotus F1 Team.

Four-time Formula Renault 3.5 teams’ champions Tech 1 have had an average year in the category in 2013, fielding Nigel Melker and Mikhail Aleshin on the way to fifth in the standings. Melker too sixth with four podiums along the way, while Aleshin wound up 12th with a best finish of fifth.