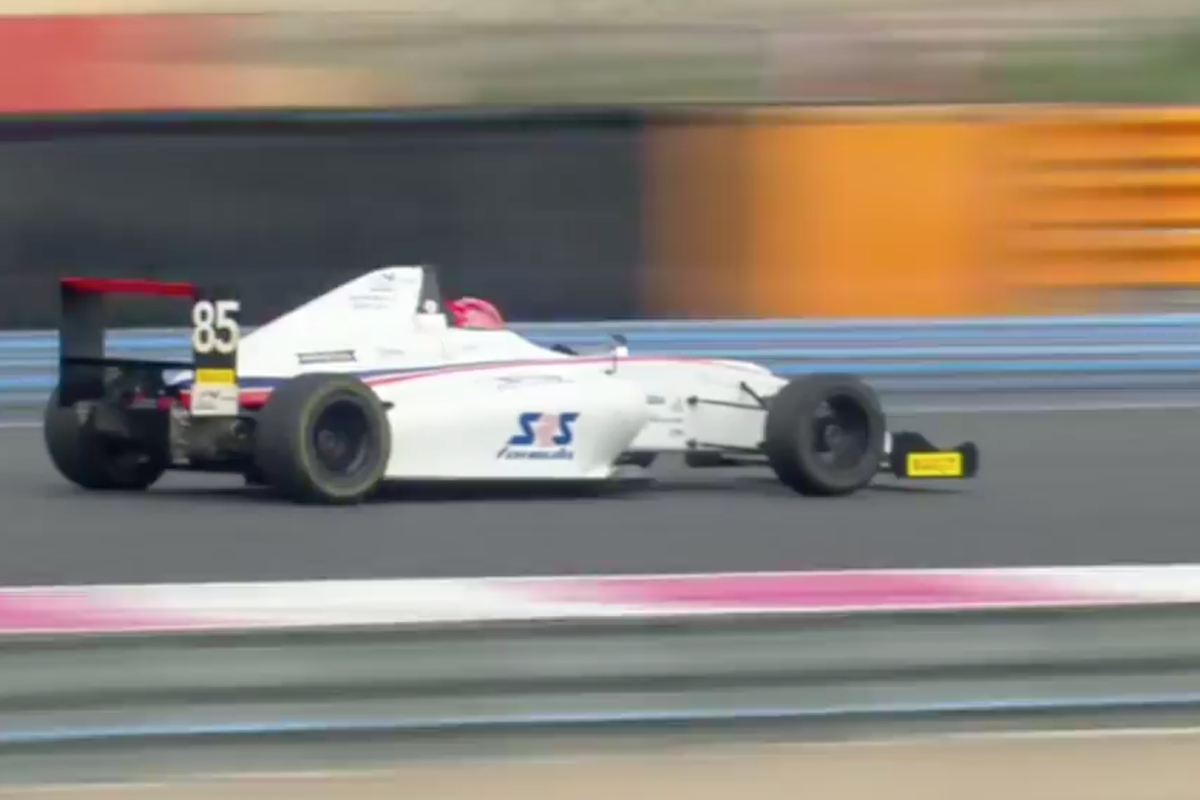 Ayumu Iwasa earlier won race one ahead of Sato as the two Honda juniors dominated, finishing 16 seconds ahead of the opposition.

Iwasa had taken pole position in a wet qualifying session on Friday, and the track wasn’t dry for race one where he held off Sato by just half a second at the flag.

Sato made rapid progress at the start of the dry second race, moving up to third position past Peklin at the Mistral chicane as Loris Cabirou led from pole-sitter Owen Tangavelou.

He then took second from Tangavelou at Turn 1 on lap two, but it took longer for him to catch and pass Cabirou, eventually getting by with just over six of the scheduled 20 minutes remaining.

It was only a lap and a half later before Hadjar took second away from Cabirou in the final corner, completing his charge from 14th on the grid having been a first-lap retirement in race one.

This time he enjoyed a productive opening tour to climb to eighth place ahead of Iwasa, who remained in 10th. By the end of the third lap, Hadjar was already up to fourth and he took third away from Villagomez on the next tour.

Once past Cabirou, Hadjar couldn’t do anything about Sato’s advantage which remained at 2.1s over the final laps.

Iwasa made gradual progress through the order and snatched third place away from Cabirou in the last corner of the race.

Catalano took fifth ahead of Villagomez while Daniel Ligier scored his best result to-date in seventh.