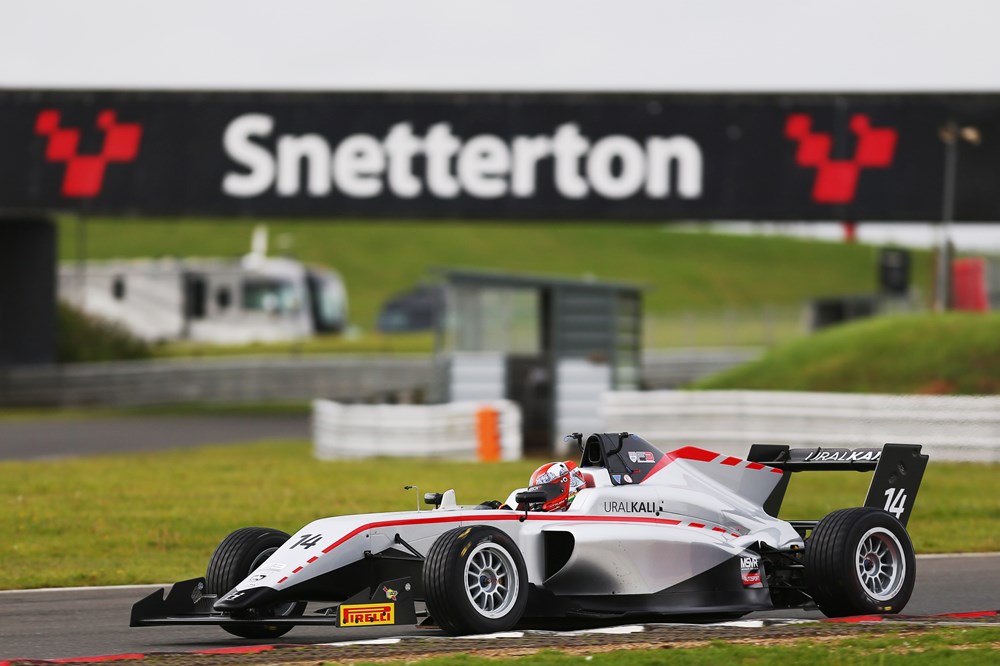 Maini started towards the front after a difficult first race of the day. He took the lead on the opening lap from front row starters Lanan Racing’s Piers Prior and Chris Dittmann Racing’s Alex Fores – the latter getting a poor launch but consolidated second with a solid opening lap overall.

Further back, Double R Racing’s Benjamin Pedersen – who started at the back after a collision in race one – was up nine places by the end of the opening lap, while race one winner Kaylen Frederick slipped back to last but one.

Douglas Motorsport’s Ulysse de Pauw was the quickest driver on the track throughout the race, being just one of two drivers to dip below the two-minute mark on the drying circuit. He climbed up three spots on the opening lap, before carving his way up to second.

The gap to the front when he passed CDR’s Josh Skelton for second was over seven seconds, and he trimmed that down in the remainder of the 10-lap race.

Skelton rounded out the podium, ahead of Louis Foster, while Prior finished fifth ahead of Pedersen – who made up the most positions and thus gained the most points for doing so.

Frederick was able to climb back up to 12th – one place higher than he started, while Fores had a spin that dropped him well down the order. Hillspeed’s Sasakorn Chaimongkol started fourth alongside Maini but dropped right down the order in the early stages and never recovered.

Douglas Motorsport’s Manaf Hijjawi was seventh, ahead of Lanan’s Bart Horsten – who didn’t make progress in the race.

Fortec Motorsport’s Roberto Faria was the sole driver to try slick tyres during the race, but he lapped 15 seconds off the pace in the early stages and finished almost two minutes behind Maini.