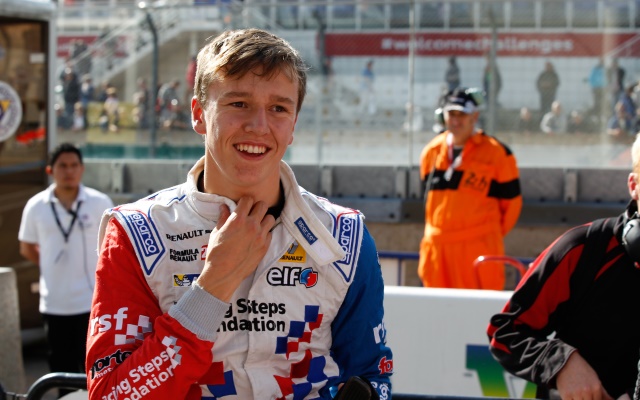 Ben Barnicoat will race for Prema Powerteam in the FIA Formula 3 European Championship in 2016, the Racing Steps Foundation has confirmed.

The Briton, who turns 19 next month, has tested with Prema over recent weeks and the move has now been confirmed by RSF co-ordinator Derek Walters, speaking to BT Sport on Saturday.

Barnicoat will step up to F3 after spending two seasons in Formula Renault 2.0, winning the NEC title as a car racing rookie in 2014 and then finishing fourth in this year?s Eurocup with a race win at each of the last three rounds.

In joining Prema he will effectively replace fellow RSF protege Jake Dennis, who won six races with the team this year on the way to third in the European F3 standings.

Walters said that Dennis will move onto GP3 next year, with his maiden test in the series expected in Abu Dhabi at the start of December.

Formula Renault 3.5 champion Oliver Rowland will do the GP2 test that week after he contests the championship?s final two race weekends with Status Grand Prix.

Prema had already announced that Lance Stroll will stay on in its F3 line-up next year, while its Italian Formula 4 champion Ralf Aron is expected to join Barnicoat as a rookie at the squad.

The team is expected to sign an existing F3 racer to complete its four-car line-up, and has tested a number of possible candidates.