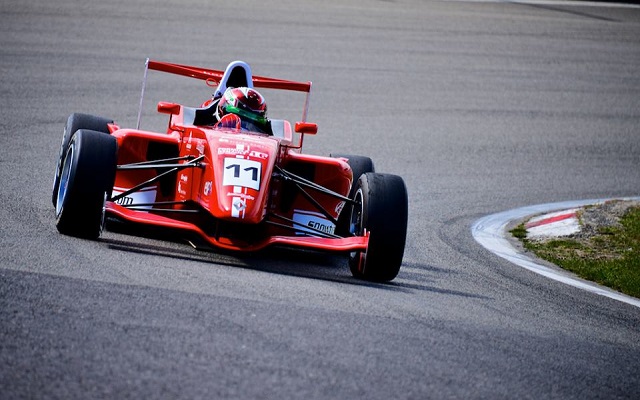 Anton De Pasquale, 18, will start both races of the opening round of the 2014 Formula Renault 1.6 NEC series from pole position.

The early stages of the first qualifying of the season saw the reigning Australian Formula Ford champion De Pasquale and Larry ten Voorde fight it out for the first spot, one-upping each other several times, before the Australian finally set the benchmark time at the halfway point of the session.

Ten Voorde, who is embarking on his sophomore season in the championship, settled for a front row start, while Ferdinand Habsburg in third was the session’s best car rookie.

The grid for the second race was determined by the second-best lap times of the session. De Pasquale managed to end up way clear of the rest in this classification as well, with Ten Voorde again starting alongside him.

The second, third and fourth row on the grid will be made up of the same drivers, albeit all of them will see the drivers line up on opposite sides from race one. Finally, Kolff and French F4 graduate Neal van Vaerenbergh will round out the top ten.

The series will take a break tomorrow ahead of the opening two races, which will take place on Monday.