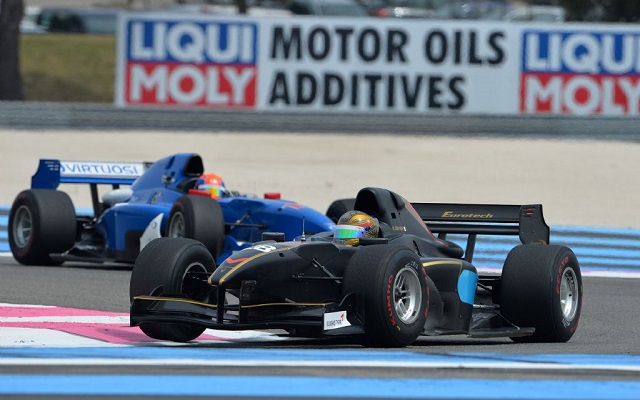 Eurotech Engineering’s Kevin Giovesi went two for two on pole positions in the 2014 Auto GP season, posting the quickest time in qualifying for the first race at Paul Ricard.

The Italian was quickest in Q1 and then vaulted into the top spot in the closing minutes of Q2, rounding out a supreme qualifying performance.

Series rookie Loris Spinelli vastly improved on his qualifying effort from 11th for the Marrakech opener, taking fifth on the grid this time. A mistake saw Sam Dejonghe settle for sixth, with the Belgian leading teammate Andrea Roda and Michela Cerruti in seventh and eighth respectively.

Giuseppe Cipriani and Michele La Rosa rounded out the runners in Q2, while last-minute signings Yoshitaka Kuroda and Niccolo Schiro missed the cut in Q1 and were resigned to 11th and 12th.