One of the top entry-level national series in the world, having had the likes of Jean-Eric Vergne, Arthur Pic and Stoffel Vandoorne as champions in its different iterations, French F4 begins its 2013 season, hoping to keep up its role as an essential stepping stone for local drivers on the way to Eurocup Formula Renault 2.0. Last year’s championship, while extremely one-sided, allowed us to learn the name of Alex Baron, who shined as one of the primary rising French stars with his dominant title. This year, there are a number of drivers who could potentially earn the same fame.

Despite a grid that looks very competitive, the series will start out with a driver who is reckoned to be the overwhelming favorite. 16-year-old Anthoine Hubert will be making his debut in cars in 2013, but that does not stop him from having a very good chance at taking the plaudits this year. His karting CV is immense, with two third places in the CIK-FIA U18 World Karting Championship and great results in local KF2 and KF3 series. Despite no prior experience in single-seaters, Hubert was largely dominant in testing. It’s hard to imagine he’ll be able to steamroll the rest of the grid the same way Baron did a year before, but there’s little doubt he’ll be one of the names in the title fight.

One of the people who could prove to be a major thorn in Hubert’s side is the only Belgian on the grid, Neal Van Vaerenbergh. Also 16, the youngster has achieved quite good results in karting on local levels and is backed by Royal Automobile Club Belgium, who supported fellow Belgians Vandoorne and Benjamin Bailly in the series. Both aforementioned men left French F4 with the title – it remains to be seen whether Van Vaerenbergh can follow in their footsteps.

Estonian rookie Tristan Viidas is another driver who cannot be overlooked. Alongside a massive resume of local karting achievements, Viidas already had his debut in cars and looked rather mighty, narrowly missing out on the Formula BMW Talent Cup title in 2012. He has been quick in testing and his existant car experience might just prove crucial should the title come down to the wire. 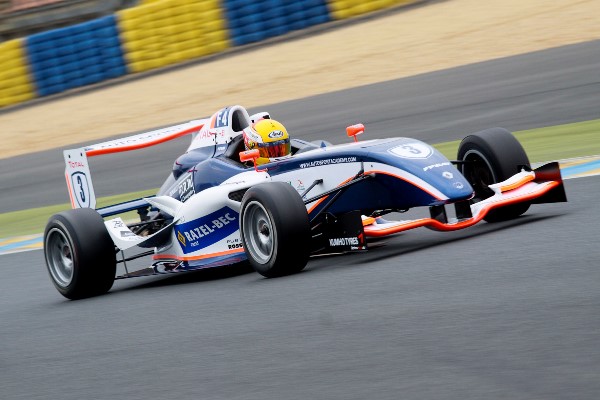 An increased Russian contingent sees the number of drivers from the country in the series go up to three. Rather surprisingly, all three have been very much on the pace in testing, mixing it up with the expected leaders. Karting graduate Kirill Karpov makes the transition to single-seaters on the back of successes in the KF3 Bridgestone Cup Europe and a near win in the KF2 Viking Trophy. Karpov is joined by Ivan Kostyukov, whose CV is mostly local, but who’s still racked up a couple of international performances, including a win in the 2012 Trofeo Primavera. Finally, perhaps the strongest Russian on the grid is Matevos Isaakyan, who despite a mostly-local karting CV, looked very rapid in testing. All three are part of the “Nasha Formula” programme, which also supports the likes of Mikhail Aleshin and Egor Orudzhev.

Marco de Peretti is the only driver to be staying in the series for a second year straight. The Frenchman had a quiet 2012 in F4, punctuated by a fourth place finish at Paul Ricard. He’s looked good in testing and is very likely to score a maiden podium or even a win over the year. The local presence obviously doesn’t stop there – Remy Deguffroy is another one to look out for, after a kareer in karting that saw him be a prominent force in multiple KF2 and KF3 events. Tom le Coq is also expected to put together a good campaign, after winning a race in a V de V series in 2012.

Jules Gounon, son of former Minardi and Simtek F1 driver Jean-Marc, could be another notable driver, having been victorious in karts in the IAME International X30 Final in 2012. 15-year-old Valentin Naud could a dark horse in the championship, winning local trophies in karting and having been selected for the FFSA last year. Making his way from MitJet is Florian Pottier, who looked pretty decent in practice runs.

Karting graduate Amaury Rossero will come into the series on the heels of successful performances in KF3 and V de V. Joining him is fellow racer straight out of karts, Lucile Cypriano, who sat out 2012 after notable local-level drives in KF3s and Championship Minime. Rounding out the French roster is Amaury Richard, 15-year-old coming into the series off the back of Formula Monza testing. 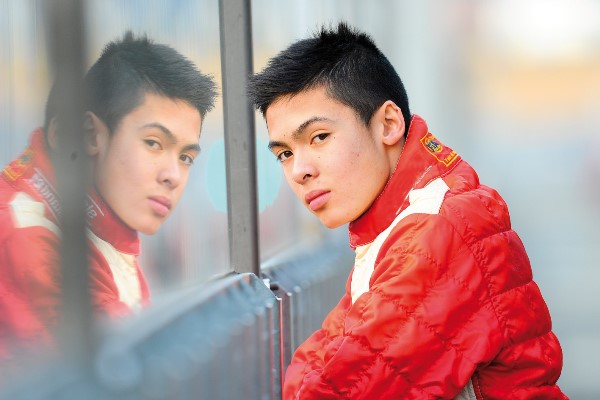 Van Vaerenbergh was selected by the Belgian federation to follow Vandoorne and Bailly and win the series (Photo: FFSA/Breugnot)

The series sees an increase in Swiss drivers. 14-year-old Felix Hirsiger could very well impress after becoming the Swiss KF3 champion in 2011. Finishing runner-up to him that year is Justin Meichtry, whose father Ralph was Swiss Formula Renault champion in 2005 and these days races regularly at Le Mans, will be another Swiss man in the series with lots of potential. Severin Amweg, brother of Eurocup Formula Renault racer Levin, also has a great CV in Swiss karting.

We have a graduate from ADAC Masters Kart in the series as well in Dennis Anoschin, who looked very able in the aforementioned series and should be one to look out for. Meanwhile, Simo Muhonen, who has a great track record in Finnish KF2s and KF3s, also makes it to French F4, having shown promise in testing.

Two Asian drivers round up our season preview. Kang Ling has been one of the more notable Chinese drivers in his karting career and will be a very interesting racer to compare to the others in the field, while Indian Sidhant Panda has also been rather prominent in Asia-level karting and should look very much on the pace in the French F4 series.

Matheo Tuscher to do Aragon FR3.5 round with Zeta