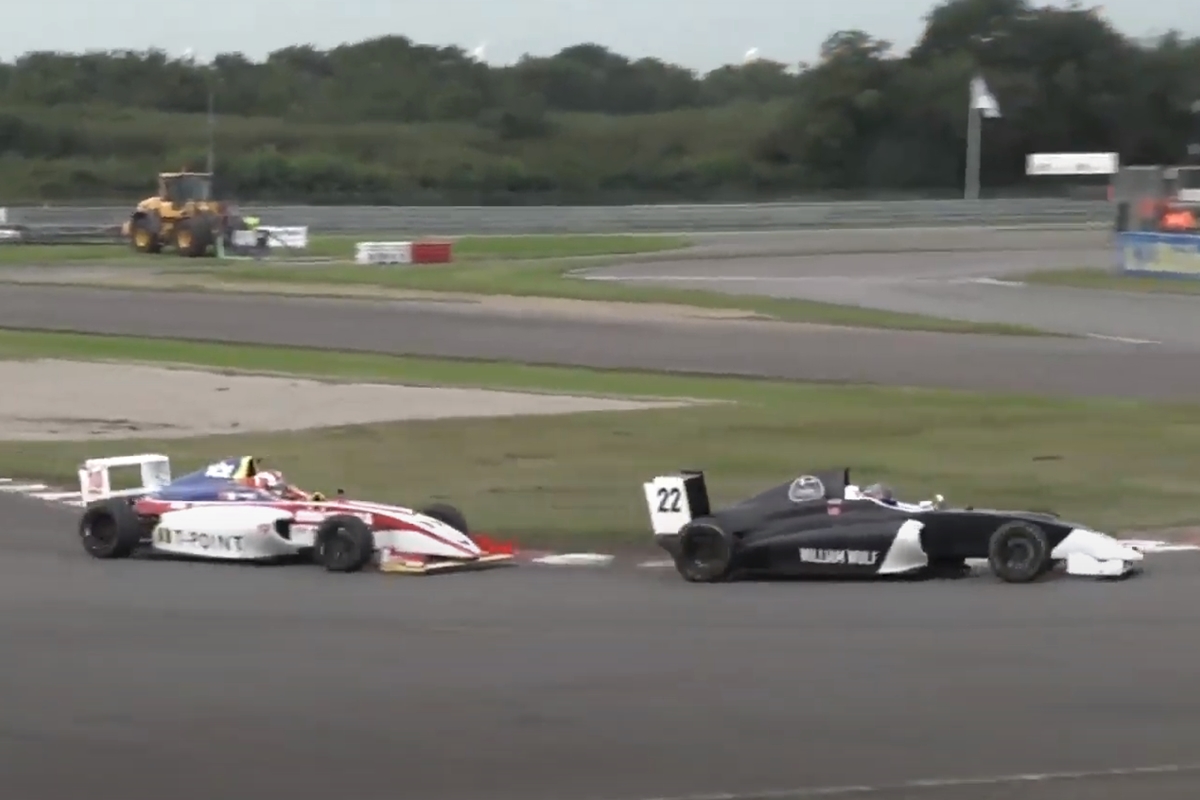 Formula 5 racer Hoe had a strong start from reversed grid pole and took a commanding advantage, only to have what appeared to be engine issues later around the opening lap.

His F5 rival Line Sonderskov didn’t get away well from second on the grid, leaving Wulf out front.

Initially, Wulf was able to open up a gap to F5 runner Lucas Daugaard. However, late in the race, Noda was able to get past while also resisting pressure from championship leader Conrad Laursen and closed up to the front.

Noda and the rest of the F4 pack were able to get past Daugaard, with Noda and Laursen able to close up to Wulf.

Despite a lunge into the final corner, Wulf was able to hold on by a narrow margin to take the victory.

Laursen was less than a second off the win in third, ahead of Jacob Bjerring, who was disqualified from his fourth place finish in race one as a result of a technical matter.

Race one winner Benjamin Frislund was sixth, ahead of Daugaard and Sonderskov.

Mads Hoe Motorsport’s Christopher Christensen had a sizeable accident early in the race, but he appeared uninjured, while his team-mate Millie Hoe did not take the start after her race one retirement.