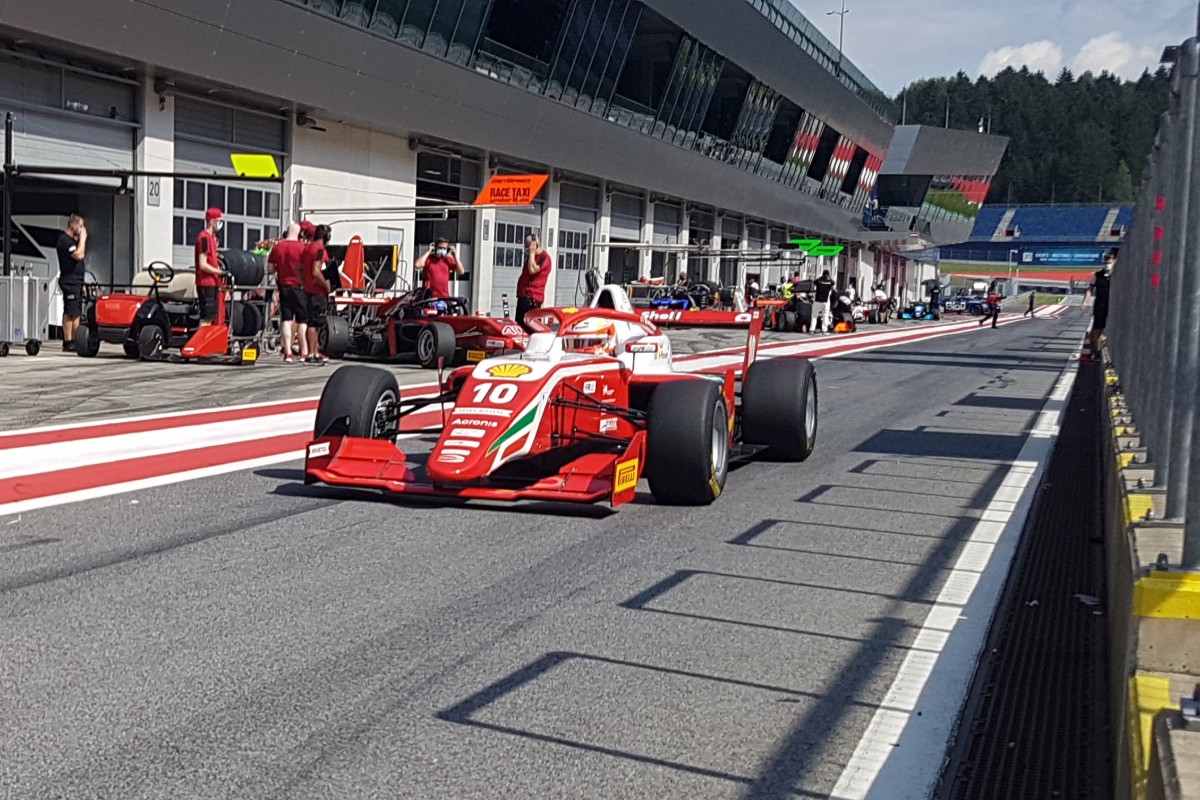 The Prema driver was quickest in both qualifying sessions at the Austrian circuit, and was initially rivalled by title rival and team-mate Arthur Leclerc in the first session.

Drivers struggled to improve late on though and Petecof claimed pole by 0.134 seconds over his fellow Ferrari junior.

Oliver Rasmussen was third fastest in the next of the Premas, and it was KIC Motorsport’s Patrik Pasma who was best of the rest in fourth place. Pierre-Louis Chovet was fifth for Van Amersfoort Racing, while W Series champion Jamie Chadwick put in her best performance of the season to qualify the fourth of the Prema-run cars in sixth place.

Alessandro Famularo (VAR) and Nico Gohler (KIC) will start from eighth and ninth on their series debut.

Petecof was in control from the off in Q2, and this time it was Rasmussen who got closest to the Brazilian. His best lap was 0.210s slower than Petecof’s, and 0.047s faster than Leclerc’s best effort in third.

This time Chovet was best of the rest, ahead of Pasma and a quickly improving Famularo.

Chadwick could only qualify 11th, several seconds off the pace, as she only completed two flying laps. Gillian Henion fared even worse, as he didn’t set a flying lap at all.

The second-best laptimes that set the grid for race three unsurprisingly resulted in another pole for Petecof, with Rasmussen filling the front row alongside him. Leclerc will start third, ahead of Pasma and Chovet.